In the final, the Lankan lasses played with more confidence from the first quarter. In the first quarter, both teams scored 8 points each but in the second and third quarters, the Sri Lankan team dominated with a clear lead of 16/4 and 11/8. However, Indians won the final quarter after a tough game 8/7 but that was not enough to get the championship in the inaugural tournament and Sri Lanka recorded a comprehensive victory by registering 42/28.

Sri Lanka team coach Amalka Gunatilleka said this was a fine team effort by the Sri Lanka side.

"We had good confidence before this tournament to win the title. We were able to get good practice sessions and all players did their part very well thoughtout the tournament. Actually, this was a good exposure for the juniors and they are our future prospects," said coach Amalka Gunatilleka who is the head coach of Holy Family Convent Kurunegala which has produced top players in the school arena over the past couple of decades.

The champion Sri Lanka under 16 team: 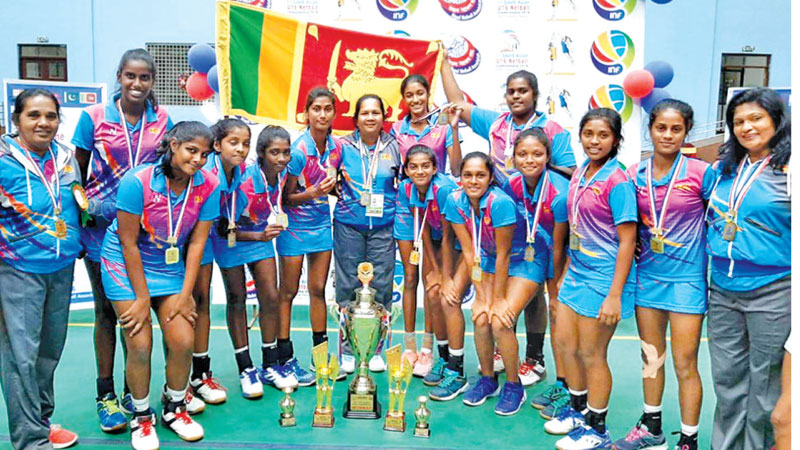