Veteran singer and musician Neela Wickramasinghe has died at the age of 71 following a sudden heart ailment.

Her death occurred in Milan, Italy, where she assumed duties as Sri Lanka’s consul-general only on 10 January, confirmed singer Keerthi Pasquel.

She sang her first song for the then Radio Ceylon in 1959 for a programme called 'Amateur voice.'

With a career spanning more than 55 years, she sung in 67 films as a playback singer and contributed to hundreds of songs.

Meanwhile, the Director-General of Health Services has confirmed 14 more coronavirus-related deaths for January 11, increasing the death toll in the country due to the virus pandemic to 15,163.

According to the official figures released by the Government Information Department, the deaths reported today include 07 males and 07 females.

Three of the patients are between the ages of 30-59 years. The remaining 11 are in the age group of 60 years.

The Director-General of Health Services has confirmed another 07 coronavirus related deaths for January 16, increasing the death toll in the country due to the virus to 15,218.

This includes 05 males and 02 females, according to the Department of Government Information.

Two of the victims are in the age group of 30-59 years. The remaining o5 patients are aged 60 years and above.

Former Prisons Commissioner Emil Ranjan Lamahewa was sentenced to death by the Colombo Permanent High Court Trial-at-Bar over the 2021 Welikada Prison Massacre for the charge of murdering 8 prisoners.

Although he was released from four charges, he was found guilty of one charge and was sentenced to death.

Former Inspector Neomla Rangajeewa who was also charged was acquitted and released from all charges.

The case was filed by the Attorney General against former Inspector of Police of the Narcotics Bureau Neomal Rangajeewa, and former Prisons Commissioner Emil Ranjan Lamahewa for the killing of eight prisoners at the Welikada Prison.

Indictments were filed on July 4th, 2019 against Neomal Rangajeewa and Emil Ranjan Lamahewa.

Although 27 prisoners were killed in the prison riots on November 9, 2012, evidence was only available on the killing of eight prisoners for the Attorney General to file the case.

The second phase of the Central Expressway from Mirigama to Kurunegala or the Athugalpura entrance was declared open under the patronage of President Gotabaya Rajapaksa and Prime Minister Mahinda Rajapaksa.

The second phase of the Central Expressway from Mirigama to Kurunegala spans 40.91 km in distance, enabling the public to travel between two cities within just 25 minutes.

The road has been constructed bypassing urban areas to minimize the environmental and social impacts.

President’s Counsel Saliya Pieris has been re-elected as the President of the Bar Association of Sri Lanka (BASL).

Meanwhile Attorney-at-Law Isuru Balapatabendi has been elected as the Secretary of the Bar Association.

They were reportedly elected uncontested for 2022/2023.

Pieris had been elected as the 26th President of the Bar Association of Sri Lanka in February last year.

In a Facebook post, Mr. Pieris said he is grateful to his colleagues at the Bar for electing him uncontested as President for a second term for 2022/2023.

“I will continue to work for a strong and independent Bar. The pandemic brought with it many challenges to our profession and together we can overcome these challenges,” he said.

He also congratulated Mr. Isuru Balapatabendi who was elected uncontested as Secretary of the BASL and said he looks forward to working with him when he assumes office in March 2022.

Meanwhile, the Director-General of Health Services has confirmed 07 more coronavirus-related deaths for January 14, increasing the death toll in the country due to the virus pandemic to 15,197.

According to the official figures released by the Government Information Department, the deaths reported today include 06 males and 01 female.

One of the patients is between the ages of 30-59 years. The remaining six are in the age group of 60 years.

Meanwhile, the Director-General of Health Services has confirmed 15 more coronavirus-related deaths for January 11, increasing the death toll in the country due to the virus pandemic to 15,149.

According to the figures released by the Government Information Department, the deaths reported today include 10 males and 05 females.

Seven of the patients are between the ages of 30-59 years. The remaining 08 are in the age group of 60 years.

Dr. P.B. Jayasundara today (14) bade farewell to his position as secretary to the president.

A sendoff function for him took place at the Presidential Secretariat in the morning.

Jayasundara informed president Gotabaya Rajapaksa a few days ago that he would resign from the position.

Gamini Senarath is tipped to succeed him as the president's secretary. 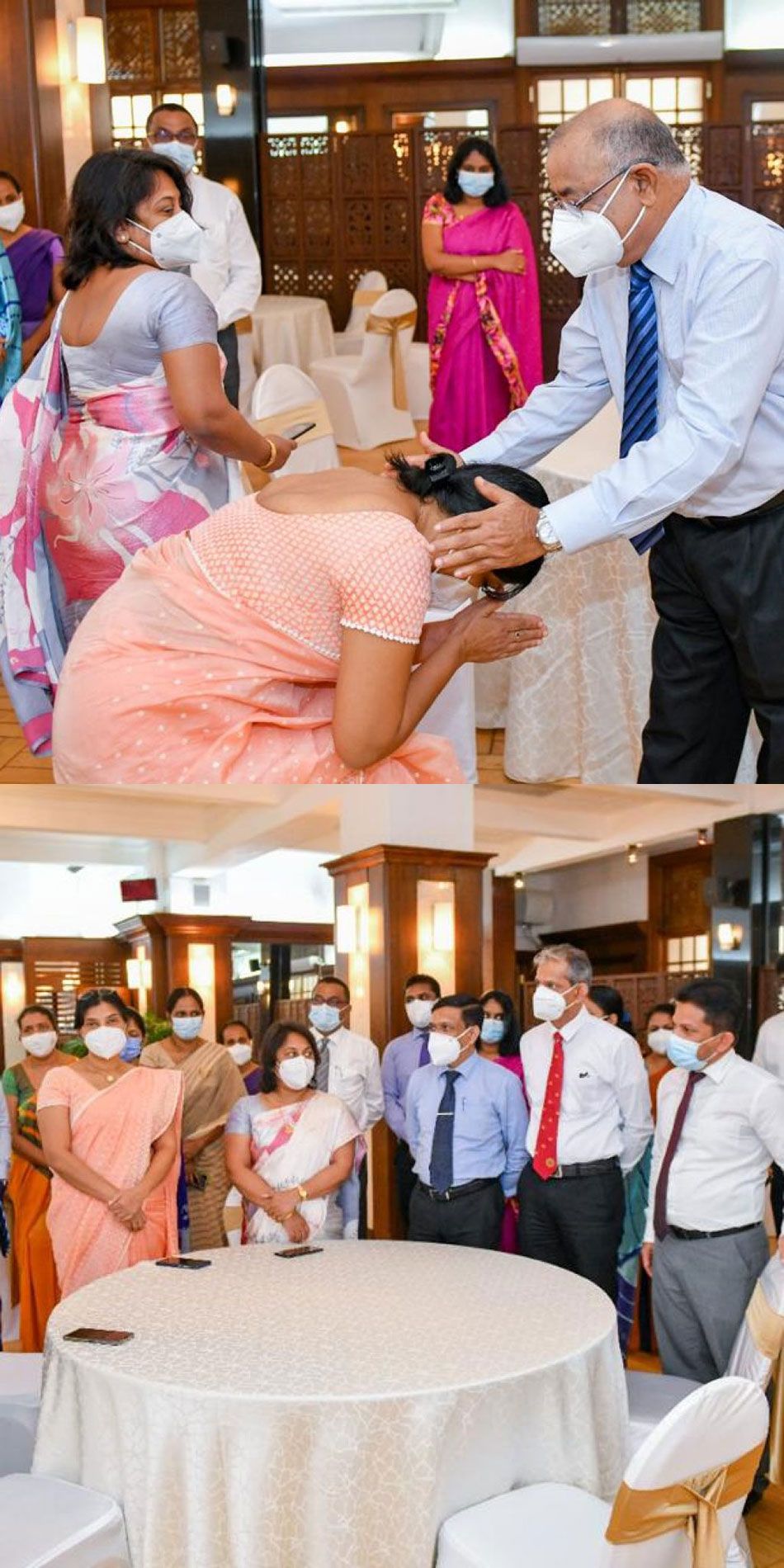 A foreign man of unknown identity has been arrested after he tried to escape from the custody of security at the Katunayake airport, police said.

The middle-aged man holding a Seychelles passport, alleged to be a fake, had been in transit to France via Abu Dhabi.

Officials who became suspicious of him had taken him in for questioning this  Monday morning (10).

As he had been under interrogation in a room, the man had run out and entered the departure lounge, where he climbed onto a roof.

After much effort, airport security, with the support of the air force and police, managed to capture him.

Authorities believe him to be a fugitive.

Minister Namal Rajapaksa says the Sri Lanka Freedom Party (SLFP) should pull out from the government with dignity without going around criticizing the government.

Speaking to the media, the Sports & Youth Affairs Minister suggested that it is better to voice such criticisms during the meeting of political party leaders and not to the general public.

People voted for the Sri Lanka Freedom Party too, and they also represent the Cabinet of Ministers as well as the government, Minister Rajapaksa pointed out.

With regard to the collective responsibility of the Cabinet of Ministers, he said the SLFP is also accountable for the decisions taken by the government.

If the SLFP members think these policies do not work out for them, it is better if they part ways with dignity without going around criticizing, Minister Rajapaksa added.

Speaking further, the lawmaker said, “Our government is not afraid of elections [...] and we are ready to hold elections at any given time.”

Legendary singer Desmond De Silva has passed away in Australia.