On this small, densely populated island, clashes between elephants and humans are rapidly increasing. Rangers and villagers are working to find ways to avoid the conflict and the devastating, at times deadly, impacts on both sides. 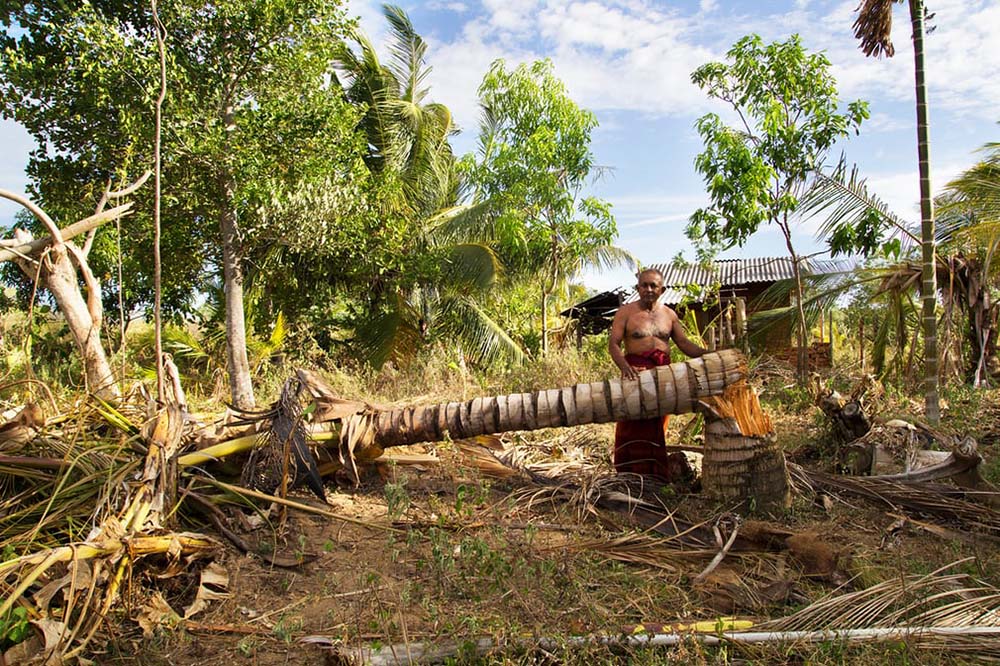 Sri Lanka is a small island, but the population of wild elephants ranges from 2,500 to 4,000, making it the country with by far the highest density of elephants in the world. It is also the fifth for human density. Coexistence between humans and elephants is becoming rapidly more difficult every year. This coconut tree farmer in Kataragama had a quarter of his annual tree production uprooted by elephants in one night. 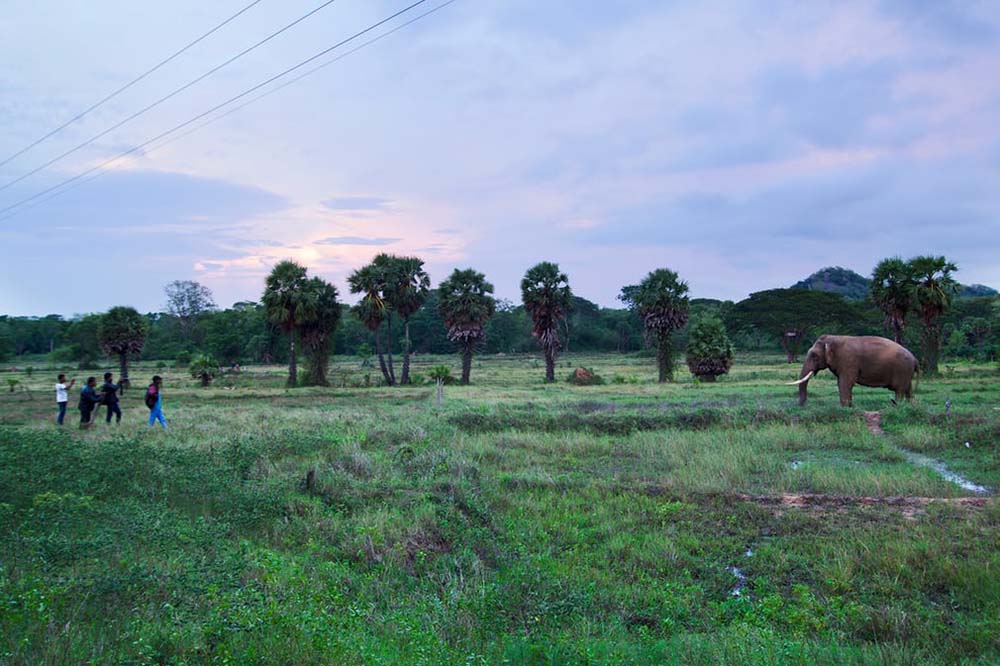 Most elephants do not live in reserves anymore because, during the 25-year-long civil war between Sinhalese and Tamil, many herds expanded into areas of conflict that men left abandoned. Now that those territories have been reallocated to the population and their agricultural needs, problems are on the rise,’ said Dr Prithiviraj Fernando, chairman of the Centre for Conservation and Research. 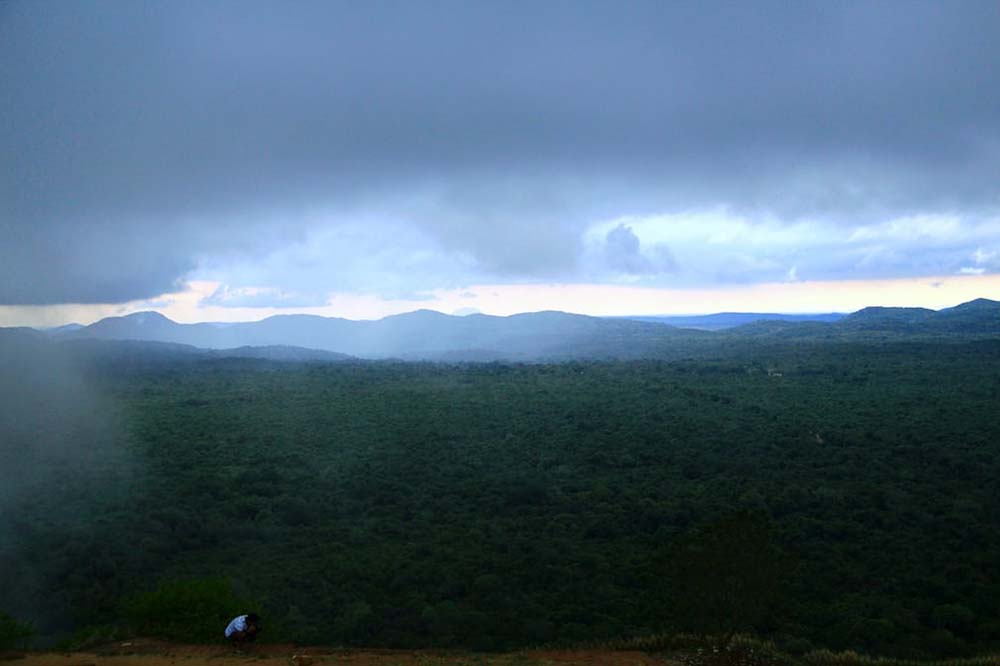 Sri Lanka is rich in tropical forests. But due to population growth, urbanisation, and the subsequent expansion into previously unspoiled areas, the elephants’ habitat is rapidly shrinking. Each year, about 150 wild elephants and more than 50 people are killed in clashes in Sri Lanka: similar figures to India, with a population of 1 billion inhabitants, 60 times that of Sri Lanka. 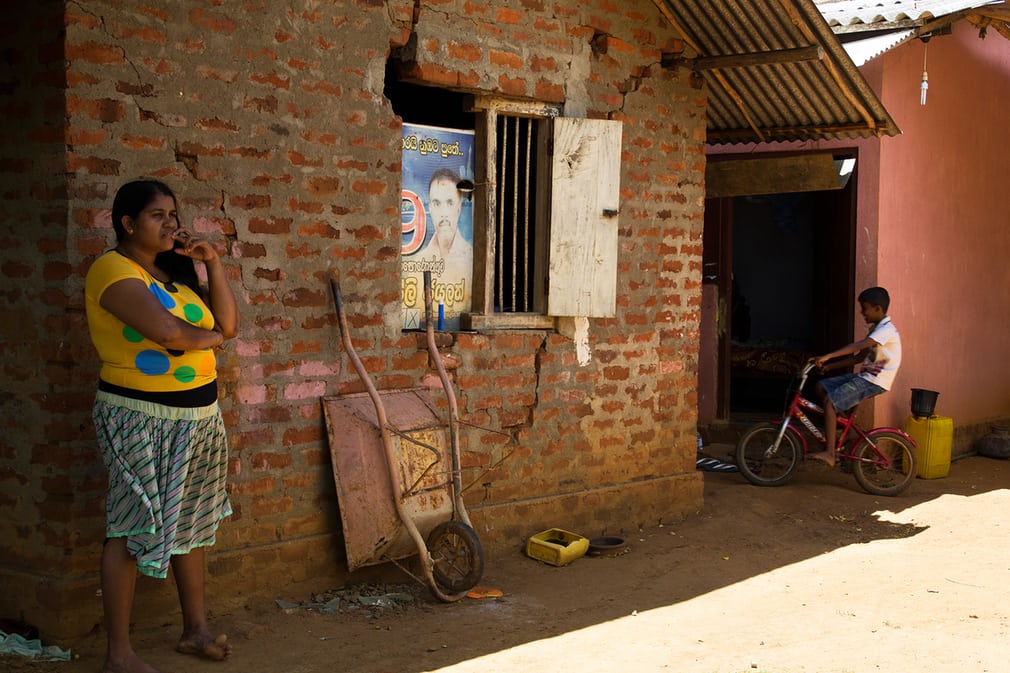 A few months ago, an elephant knocked down Chanandra’s kitchen wall with its head and ate all of her rice reserves. Elephants can smell rice from a great distance and now they know where to find it. 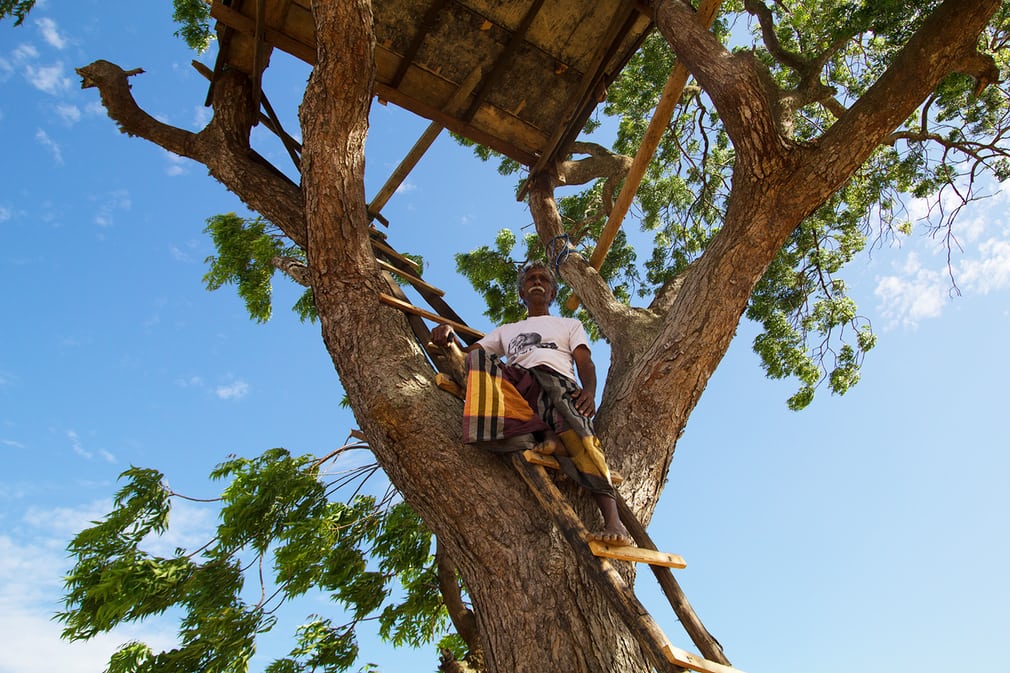 Treehouses allows villagers to sight elephants looking for cultivated fields so they are better able to prepare. 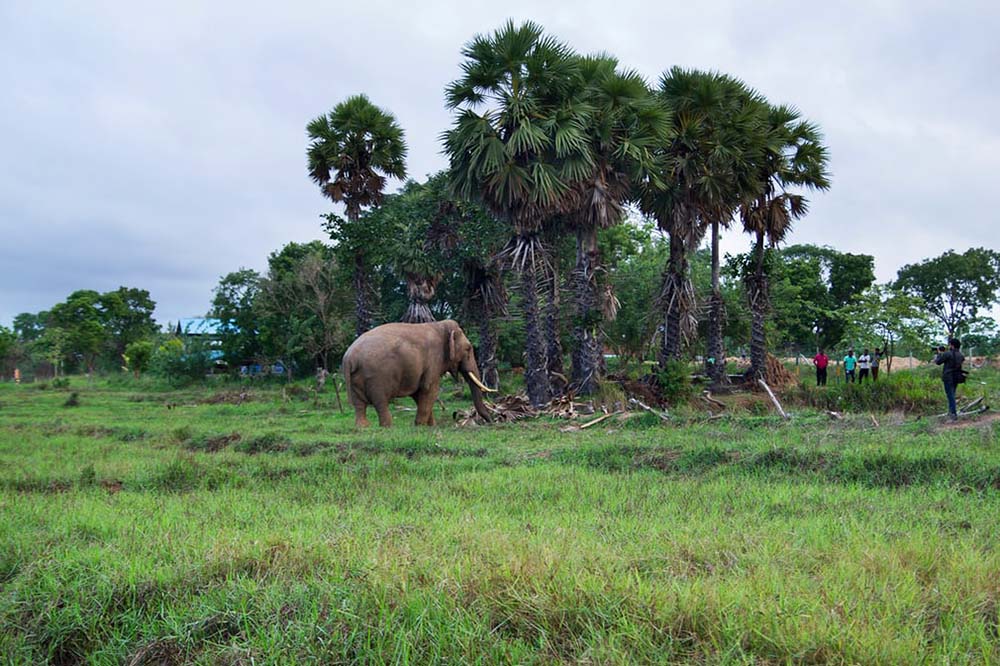 At dusk, elephants get closer to villages in search of food. 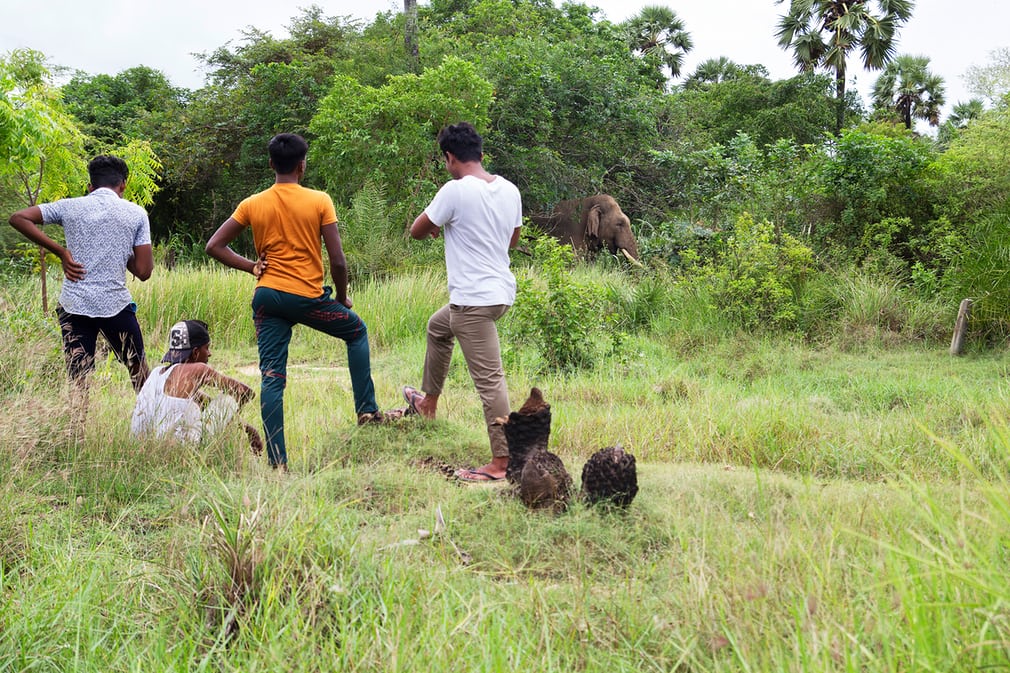 Initially, attempts were made to fence the areas where animals lived, but vegetation and climate changes made it impossible to maintain them. 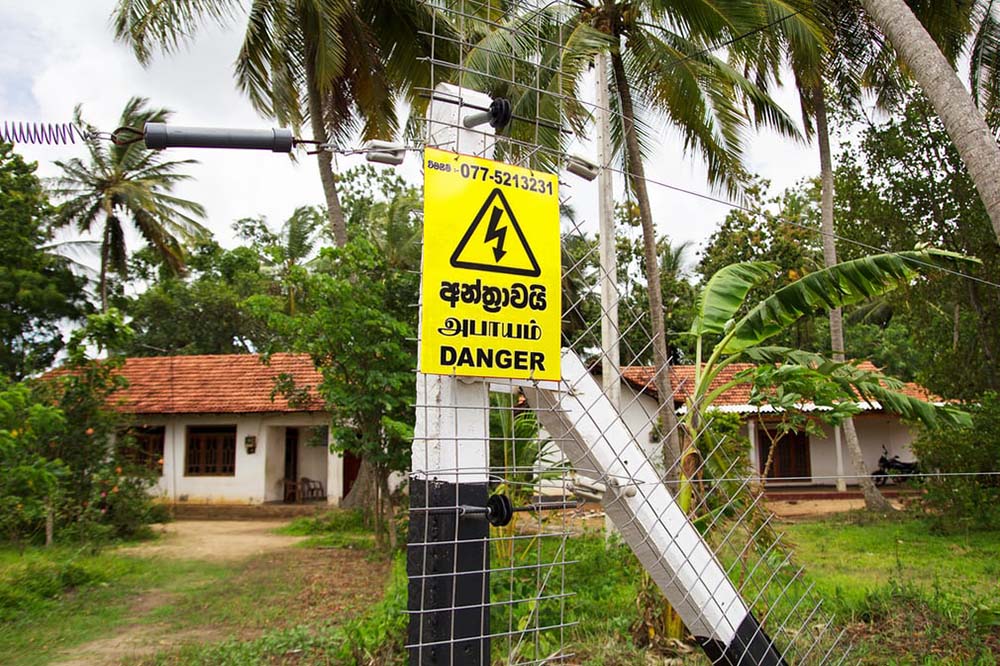 Electrified fences are currently the only viable method to keep
elephants away from houses and villages, and they do not harm the animals. But elephants can even learn to overcome this barrier, using their insulating tusks or a tree to cross the fence. 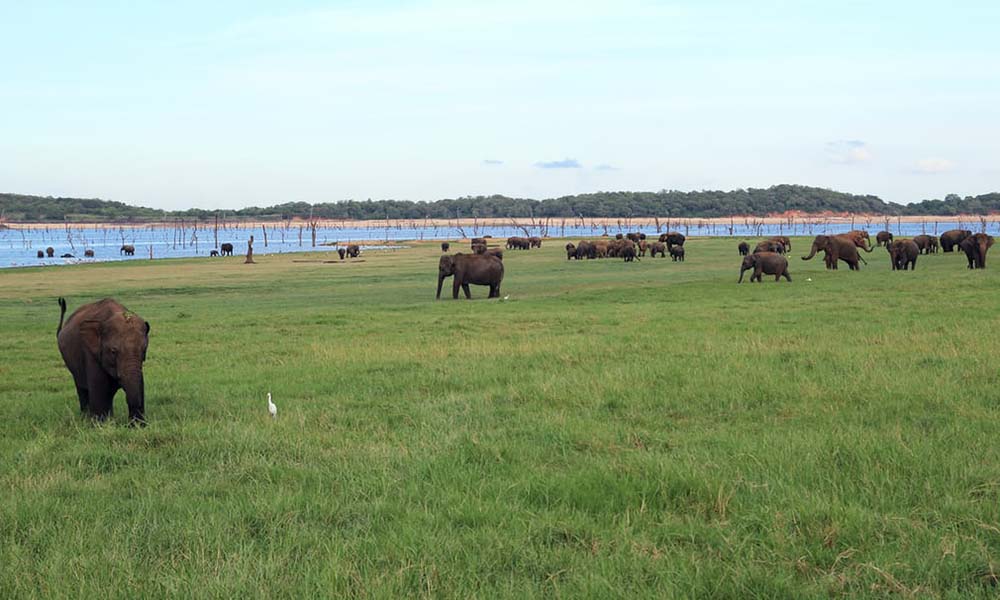 Wild elephants in Minneriya national park. Between August and September more than 300 gather here every day. 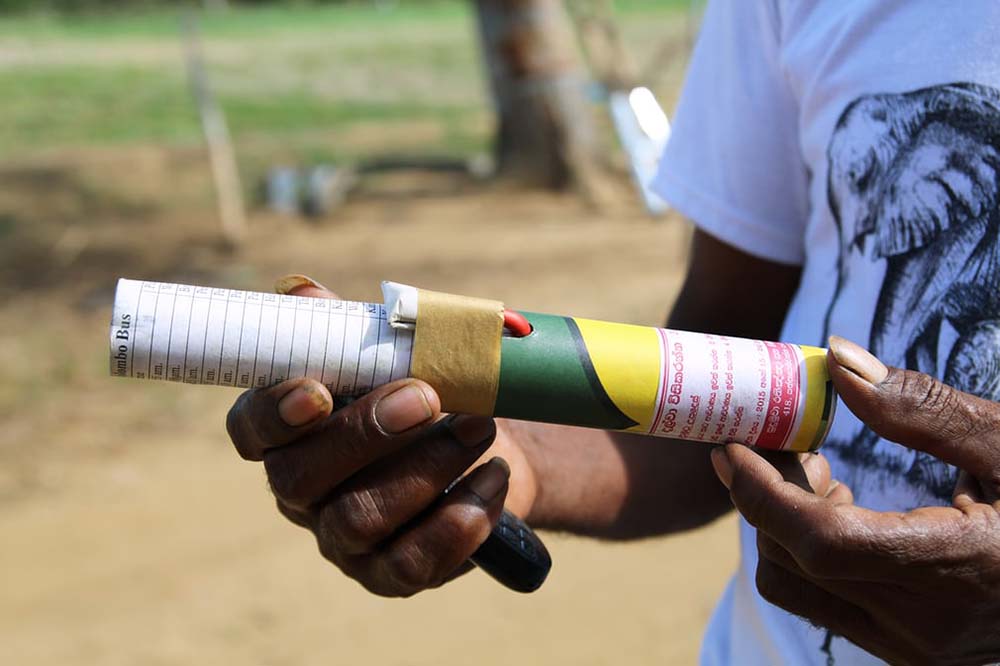 Men use bengalas – flares – to scare elephants away from the houses. They don’t always work though: hungry elephants are hard to scare and get easily used to this technique.

Rangers from the Department of Wildlife Conservation try to scare an elephant away by shooting bengalas. In the area around Galgamuwa, the houses and fields that border the jungle where the annual crops of rice, coconut and cucumber are kept are sometimes attacked more than once a day. 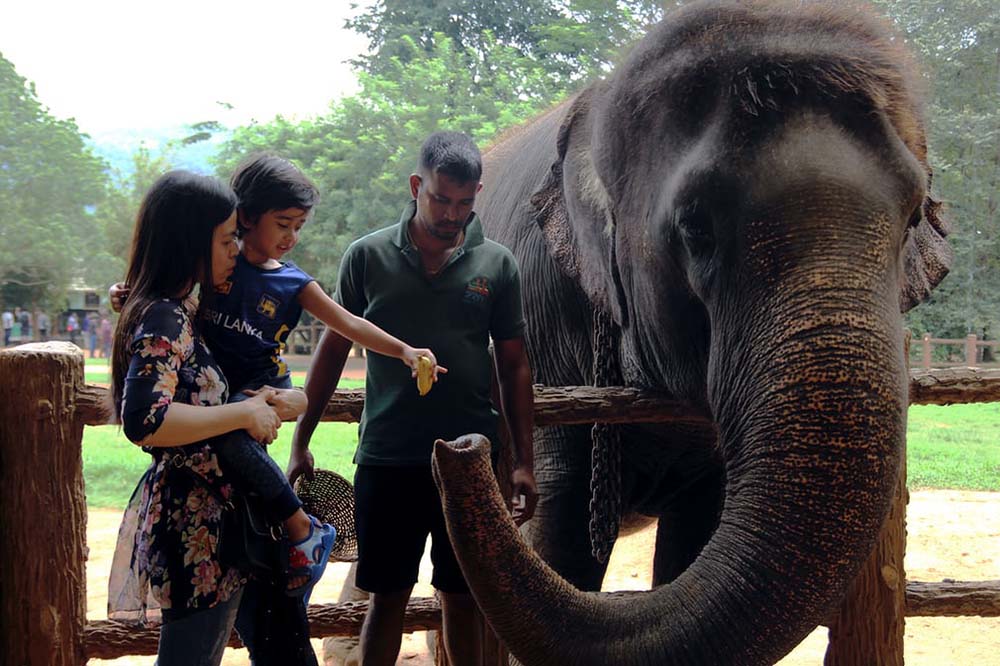 Elephants are one of Sri Lanka’s main tourist attractions but recent campaigns have called for an end to human interaction with the wild animals. In Transit Homes, elephants are kept for short periods of time for guests’ entertainment. Once they are released though, the animals are used to human contact and no longer fear people in the same way. 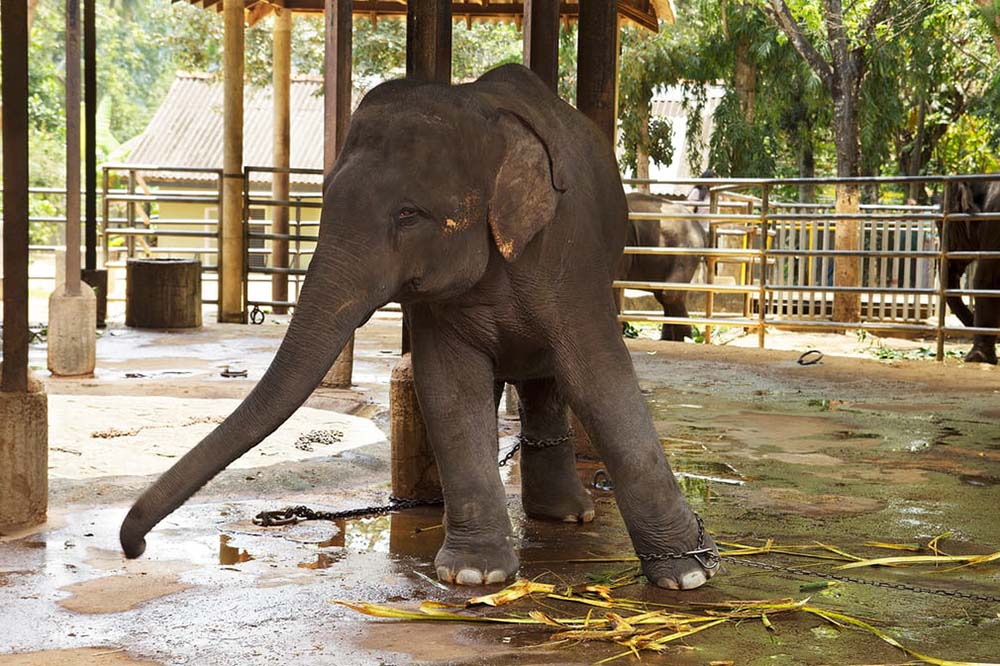 The Pinnawala elephant orphanage attraction has been flagged up by wildlife groups for animal welfare concerns. The cubs of elephants that are killed by villagers defending their fields are taken here, and at times elephants can be seen restrained with chains. 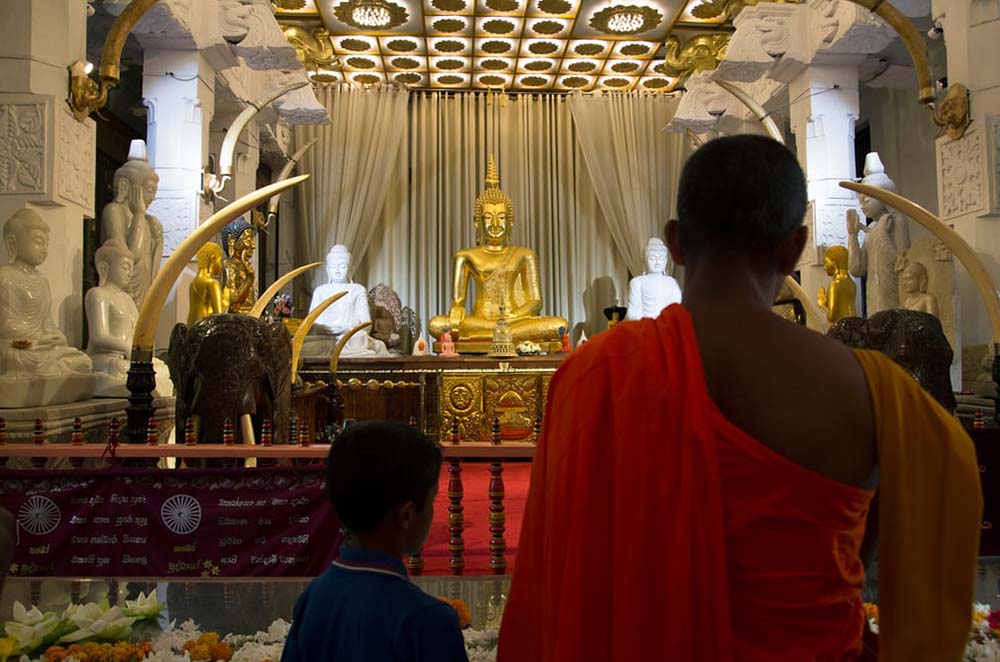 Buddhism is the most common religion in Sri Lanka. Elephants are not considered sacred, as they are in Hinduism, but many temples venerate the animal and they sometimes own one or two that they use in processions. 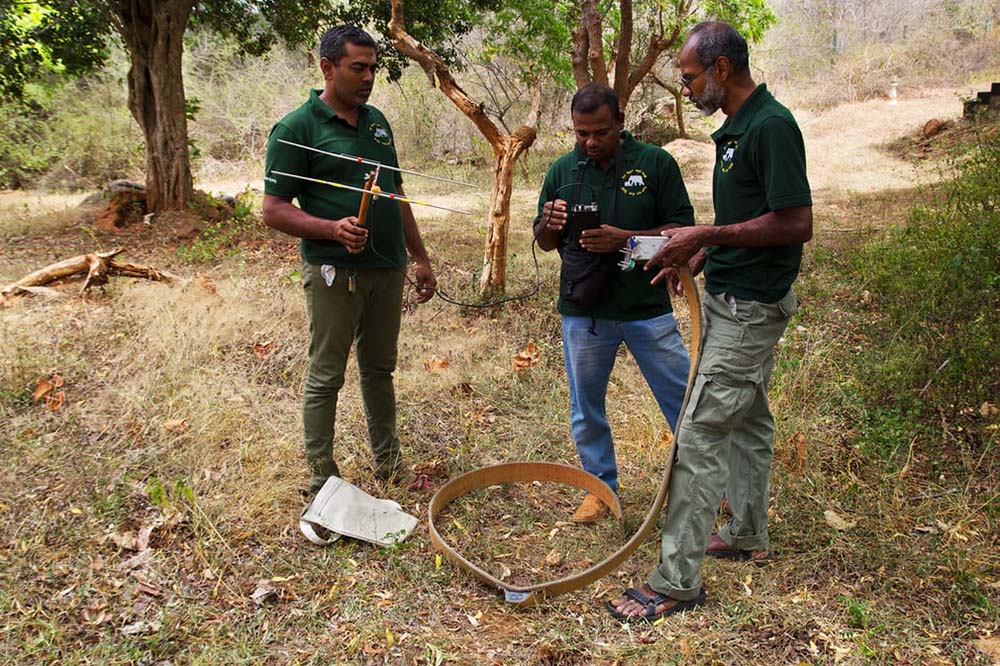 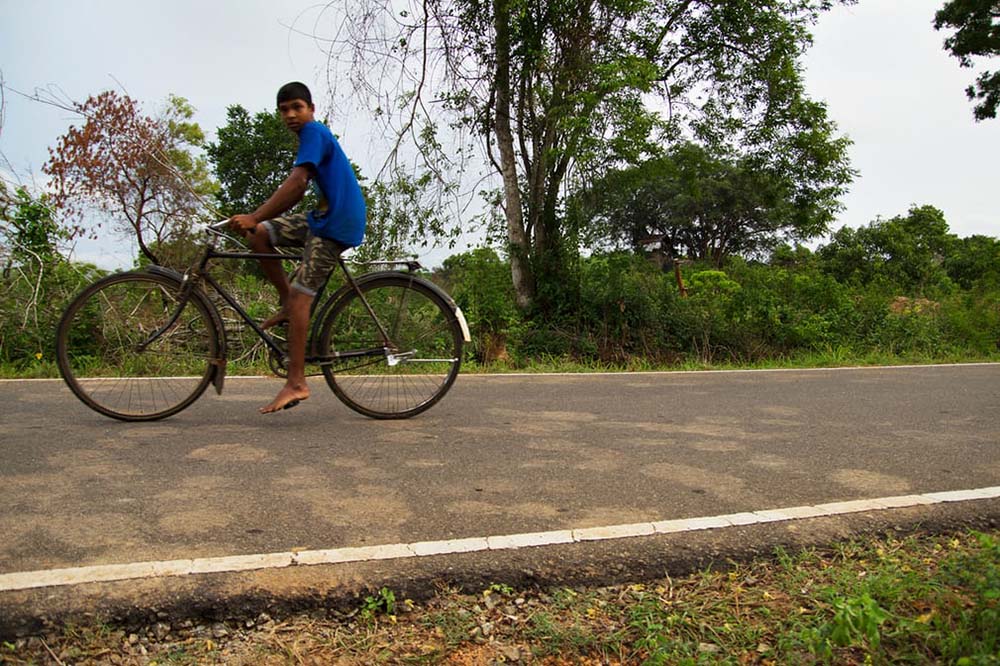 Elephant footprints on artificial ‘corridors’ made to move herds away from habited areas. 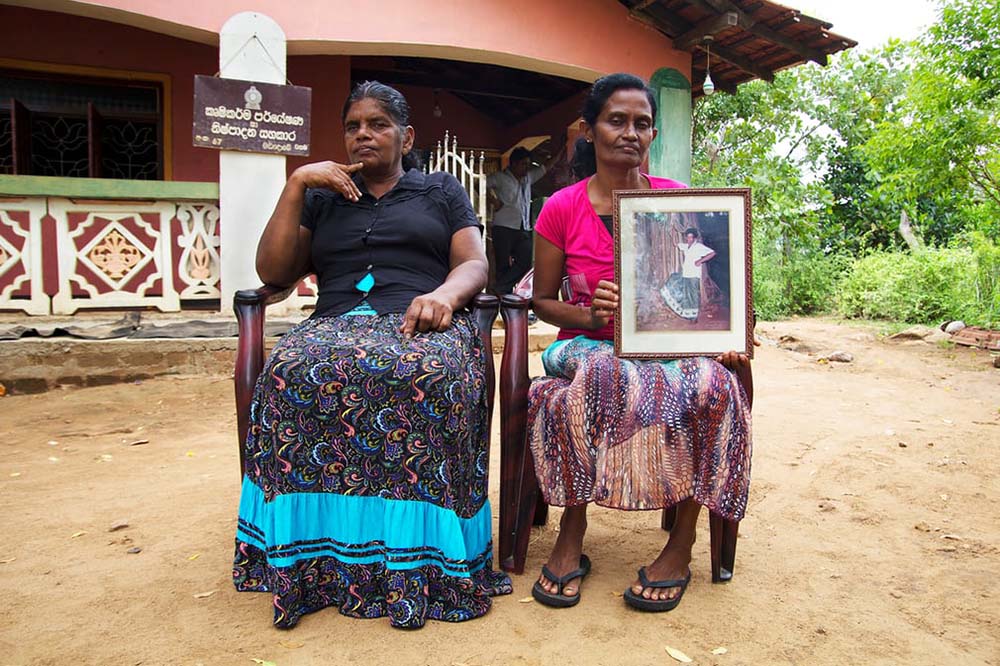 Chandrika and Amita are sisters-in-law. Amita’s husband died seven years ago, while trying to scare an elephant out of his garden, and now the two families live off the salary of Chandrika’s son, who drives his tuk-tuk for tourists visiting Anuradhapura archaeological site. 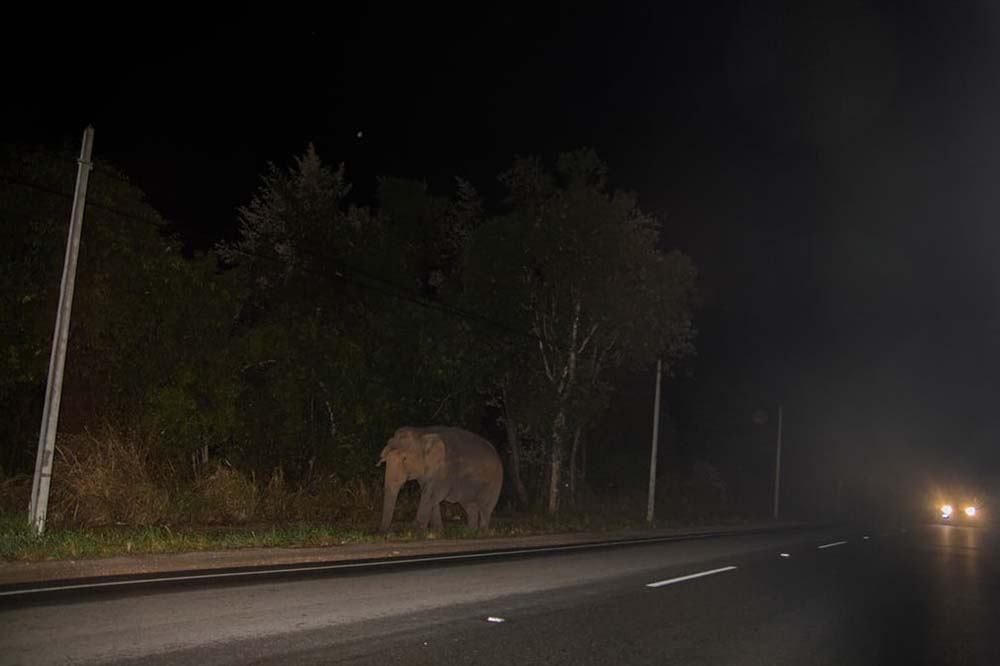