Serela Athulathmudali, the daughter of prominent Sri Lankan politicians the late Lalith and Srimathi Athulathmudali met President Maithripala Sirisena at his official residence yesterday. Joining her on the visit was her seven-year-old son.

Recalling her father’s efforts to build a free and democratic nation, Serela is said to have expressed her support to President Sirisena in his endeavours to achieve the same for the country. She is also said to have appreciated his efforts to make Sri Lanka an internationally accepted nation by ensuring democracy and freedom.

Lalith Athulathmudali was a former Minister of National Security and Agriculture. He was also a powerful minister in the J.R Jayewardene government between a 1977-1988. He was slain by an unidentified gunman in 1993. 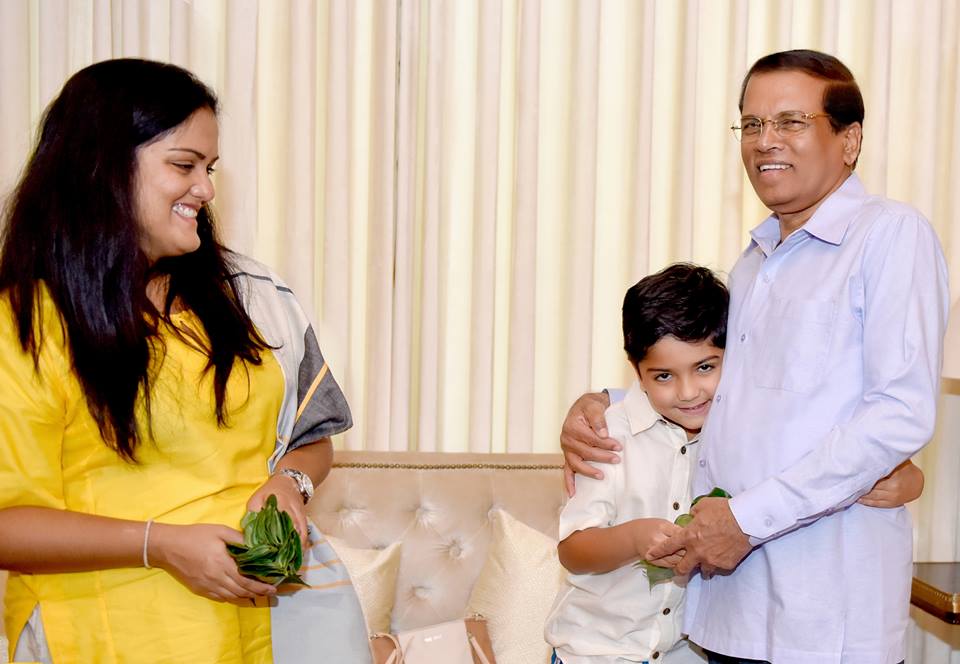 Maithripala says he will contest next presidential election

Wasantha Mudalige released from one case filed under PTA

Karu Jayasuriya be to conferred with ‘Sri Lankabhimanya’ title