Sri Lankan businesses have been assured a new beginning with policy clarity under the Covid-19 new normal situation following the introduction of a novel taxation system proposed in budget 2021.

The Treasury announced recently that a swing of taxes will be submitted to the Cabinet of Ministers and thereafter, the relevant tax amendment bills are to be presented in parliament before April this year.

Legislation is also being drafted to charge 1% tax on any previously undeclared foreign exchange brought into Sri Lanka.

He said legal provisions will be given to entrepreneurs to return such forex funds for investment in Sri Lanka and they will be liable to a tax of only 1%.

Opposition parties have been vehemently protesting this move alleging the Government of encouraging money laundering.

However, Attygalle said most of the proposals had already been presented to Cabinet and the Legal Draftsman was mid-way in formulating amendments to the Monetary Act to legalise the 1% tax for undeclared forex brought back into the country.

Sri Lanka’s tax collection efficiency will be improved through the introduction of an online-managed single Special Goods and Service Tax (GST) in place of the various goods and service taxes and levies commencing from April.

This GST is now set to be enforced under multiple laws and institutions on alcohol, cigarettes, telecommunication, betting and gaming and vehicles, which accounts for 50% of the income from taxes and levies.

It is expected through this reform to direct institutions under special legislation such as the Excise Ordinance to have a more focused regulatory engagement in facilitating the government to secure its revenues otherwise lost through sale of illicit alcohol and cigarettes, Finance Ministry sources said.

Relevant documents including the Finance Bill relating to the implementation and enactment of the tax are now being drafted to present and pass it in parliament soon, a senior Treasury official said, adding that this single tax will further simplify the country’s taxation system replacing several taxes under the new GST bill.

The new tax, one of the key proposals in the 2021 budget, will be determined before its implementation soon, he said, adding that the estimated revenue from this tax would be over LKR 670 billion.

The government is expected to raise around LKR 1.7 trillion from direct and indirect taxes this year, provisional data and economic model calculations revealed.

In view of the need to avoid excess volatility in the foreign exchange market and the impact on banks  risk management, licensed commercial banks have been directed to refrain from  entering into forward contracts of foreign exchange for a period of three months with immediate effect.

Sri Lanka's inflation rate has been continuing in   a sudden slump during Covid-19 crisis period to around 3 to 3.5 percent due to price hike in food and non food items, official sources said.

Head line inflation increased to 3.3 per cent in February 2021 from 3.0 per cent in January 2021. This was driven by monthly increase of prices of items in both Food and Non-food categories, Central Bank announced.

Accordingly, within the Food category, prices of vegetables, green chilli, chicken and eggs increased in February 2021.

However, the price of potatoes recorded a decline during the month. Meanwhile, prices of items in the Non-Food category recorded an increase during the month mainly due to price increases observed in the Transport (tyres, tubes and spare parts) and Housing, Water, Electricity, Gas and Other Fuels (maintenance/ reconstruction) sub-categories.

The core inflation (Y-o-Y), which reflects the underlying inflation in the economy, decreased marginally to 2.6 per cent in February 2021 from 2.7 per cent in January 2021.

Moreover, annual average core inflation also decreased marginally to 3 per cent in February 2021 from 3.1 per cent in January 2021.

The Colombo Consumer Price Index (CCPI, 2013=100) is compiled by the Department of Census and Statistics.

Sri Lanka’s foreign debt troubles are not new and have often been juxtaposed with concerns over defaulting debt and Chinese debt trap controversies.

The government has already introduced measures aimed at restricting capital outflows, through suspension of outward investment payments until July 2021.

There are also import restrictions of certain goods, as well as prohibiting commercial banks facilitating imports of vehicles.

A scheme has also been introduced to insure investors against foreign exchange risk, by allowing domestic currency proceeds from qualified investments in treasury bonds to be converted at the same exchange rate as prevailed at the time of initial investment.

Meanwhile, long term loans to the Government recorded a net outflow of USD 9 million in December 2020.

Gross official reserves at end December 2020 amounted to USD 5.7 billion. This level was equivalent to 4.2 months of imports.

Total foreign assets, which consist of gross official reserves and foreign assets of the banking sector, amounted to USD 8.5 billion at end December 2020, providing an import cover of 6.4 months.

Without considering the dwindling the foreign reserves of the country, Sri Lanka has settled its currency swap facility with the Reserve Bank of India (RBI) as scheduled, the Central Bank of Sri Lanka (CBSL) announced today (05).

Sri Lanka’s industrial sector is set to drive the country’s economy this year (2021) with real GDP growth is expected to gain 4.8 percent due to more favorable base effects from the earlier forecast of 4.2 percent, Fitch ratings agency claimed.

Sri Lanka had entered into 41 foreign financing agreements with foreign development parties and lending agencies in the year under review and it had been scheduled to obtain a sum of USD 3,378.8 million in the forthcoming years through those agreements.
Comment (0) Hits: 45

Sri Lanka’s economy is managed through new policies in an ‘alternative way’, Central Bank Governor Prof. W.D. Lakshman said, rejecting economic experts' claim of fiscal and monetary setback in the second quarter of 2020 which predicted a doom and gloom situation for 2021.

The government has exceeded its legal borrowing limits without considering the Fiscal Management (Responsibility) Act, a Colombo-based think tank said.

The Vote on Account, passed in October last year, allows the government only to borrow up to LKR 720 billion during this period. However, Verite Research said that the government has borrowed up to LKR 841 billion between January and April last year.

According to financial statements of the government presented to audit, the said restrictions had been complied with.

However, in auditing the financial statements of the year 2019, taking into consideration the liabilities of LKR 1,035 billion as foreign borrowings, treasury bonds and liabilities relating to various public enterprises which had been accounted outside the statement of financial position.

The Central Bank advances and bank overdrafts, the total liability of the Government had been LKR 13,493 billion audit inspection revealed.

It had represented 86.49% of the Gross Domestic Product of the year 2019. As such, the maximum restriction of liabilities cited in the Fiscal Management (Responsibility) Act had been exceeded. 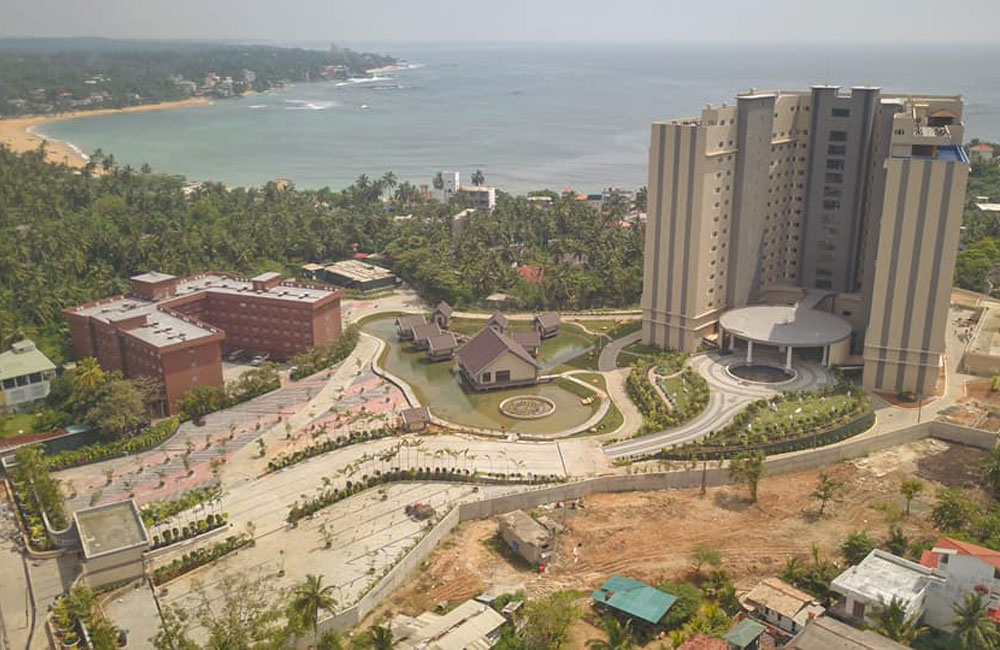