A special petition was filed with the Supreme Court today challenging the Inland Revenue (Amendment) Bill that was added to the Parliament agenda on the 21st of October 2022.

The petition was filed by Athula Saranga Ranaweera, a General Manager of a leading private company in Sri Lanka and seeks a determination from the Supreme Court that the Inland Revenue (Amendment) Bill is inconsistent with the constitution of the country.

The petitioner has named the Attorney General as the respondent.

The petitioner claims that if the Inland Revenue (Amendment) Bill is passed it would cause grave injustice to the professionals and the general public.

Therefore, the petitioner is seeking a Supreme Court determination on the Inland Revenue (Amendment) Bill stating that clauses 15, 16, 22, 29,36, and 39 must be removed from the Bill or a Special Majority is required in Parliament for the passage of the Bill.

Sri Lanka commenced their Super 12 campaign with an impressive nine-wicket triumph over a disappointing Ireland in Hobart on Sunday.

There were many fears for Sri Lanka when they were thrashed by Namibia in the opening match of the First Round, but the reigning Asia Cup champions are slowly gathering some momentum.

While the nine-wicket victory over Ireland was expected by most, the way the island nation went about it was ultra-impressive as they clinically dispatched of their opponents in clinical style with plenty of improvement to come.

Star spinner Wanindu Hasaranga (2/25) took his eighth and ninth scalps of the tournament thus far and he was well supported by fellow spinner Maheesh Theekshana (2/19), who was thrust into the bowling crease during Ireland's batting Powerplay.

Not only did Sri Lanka take wickets at regular intervals, but they also kept the run rate down as Ireland's batters were unable to gather much momentum and were restricted to 128/8 from their 20 overs.

Much of the good Ireland managed from eye-catching victories over Scotland and the West Indies was undone against Sri Lanka, with the European side unable to back-up their strong showings from the First Round.

Veteran opener Paul Stirling (34 from 25 balls) got a handful of big shots away early, but young gun Harry Tector (45 off 42) was the only other player to look assured at the crease.

Their bowling didn't fare much better, with spinner Gareth Delany (1/28) the only wicket-taker as Ireland started their Super 12 campaign in disappointing style.

While Sri Lanka will be buoyed by their easy victory, the good news for them is they still have plenty of improvement left in them and can play much better.

First-choice opener Pathum Nissanka missed the clash against Ireland due to a groin injury, while the rest of their batting line-up – outside of Mendis – are yet to really hit their straps.

There is still four more matches Sri Lanka must negotiate during the Super 12 if they are to reach the semis, with their next test coming in Perth on Tuesday against tournament hosts Australia.

Ireland have two full days to lick their wounds and recover, with a difficult match-up against England their next assignment at the MCG on Wednesday.

The Ceylon Electricity Board on Thursday (27) said that the 2.5% Social Security Contribution Tax will be added to the monthly electricity bill with effect from 1st October 2022.

As per the Social Security Tax Act, electricity supply by Ceylon Electricity Board is subject to the Social 2.5% Security Contribution Tax.

Accordingly, the Ceylon Electricity Board will charge the said tax from the 1st of October, 2022.

The Chairman of the Public Utilities Commission Janaka Ratnayake said that the PUCSL suggested the Ministry of Finance exempt electricity consumption from this tax.

The Ministry of Finance has informed the PUCSL that according to the relevant Act, the electricity supply of the Ceylon Electricity Board is subject to this tax.

Eight former LTTE cadres who were convicted by courts for LTTE activities have received a Presidential pardon.

According to Prisons Spokesman Chandana Ekanayake, this special amnesty was granted in accordance with the powers granted to the President by Article 34 of the Constitution.

As a result, four LTTE cadres held in Magazine Prison were released on 21 October.

He stated that two LTTE cadres would be released following the withdrawal of pending cases in the Court of Appeal.

In addition, the other two cadres will be released once the rehabilitation process is completed. He stated that it was referred to the Attorney General and that he will follow the AG’s instructions.

The Deputy Assistant Secretary of the US Treasury for Asia Robert Kaproth arrived in Sri Lanka today (25).

In a Twitter message, US Ambassador to Sri Lanka Julie Chung said Robert Kaproth will meet with Sri Lankan government, and economic leaders during his visit.

She further said that the discussions will focus on the way forward in economic recovery for Sri Lanka.

President Ranil Wickremesinghe said that the delay in the Sri Lankan university system at the commencement of courses would be avoided enabling students to complete their studies within the stipulated duration.

The President made this observation during a meeting held with the prefects of Royal College,Colombo at the Presidential Secretariat yesterday (22).

Head Prefect of Royal College Colombo Kaveesha Rathnayake and the prefects of the college participated in this meeting.

The matters concerning Royal College as well as matters regarding the country’s education sector were discussed there while the President answered the questions raised by the students on the measures taken by the government for the advancement of the education sector.

The President made queries from the prefects on the university education where the students brought the focus of the President to the vast difference between the duration to complete a degree in a foreign higher education institute and in a local university.

The President agreed with it and assured that remedial action would be taken without delay. He also highlighted the value of education in a local university over foreign education. He also emphasized that the government has taken many steps to expand the educational opportunities for students who have qualified for higher education following the completion of their school education. He added that measures have been taken to commence several new universities in Kurunegala and Batticaloa.

The President also mentioned that the Faculty of Engineering of the University of Colombo would be set up as a separate campus, while the National School of Business Management (NSBM) and the Sri Lanka Institute of Information Technology (SLIIT) would be upgraded as national universities.

President Ranil Wickremesinghe raised the issue of ragging with the students during the meeting and said that it seemed that students who attend the universities from schools such as Royal College, Thurstan College, Ananda College and D. S. Senanayake College turn a blind eye when such ragging incidents happen, although a large number of students from these schools are within these universities.

The President also pointed out that the students of those universities have a responsibility to bring ragging in universities to an end and the head prefects of those schools could perform their roles while in school.

The president further said that university education is interesting but the rate of students suffering from physical and mental stress has increased due to ragging at universities and emphasized that he would take measures to solve the problem.

President Ranil Wickremesinghe also appreciated the role played by the Board of Prefects of the Royal College in the development of the school and its reputation. 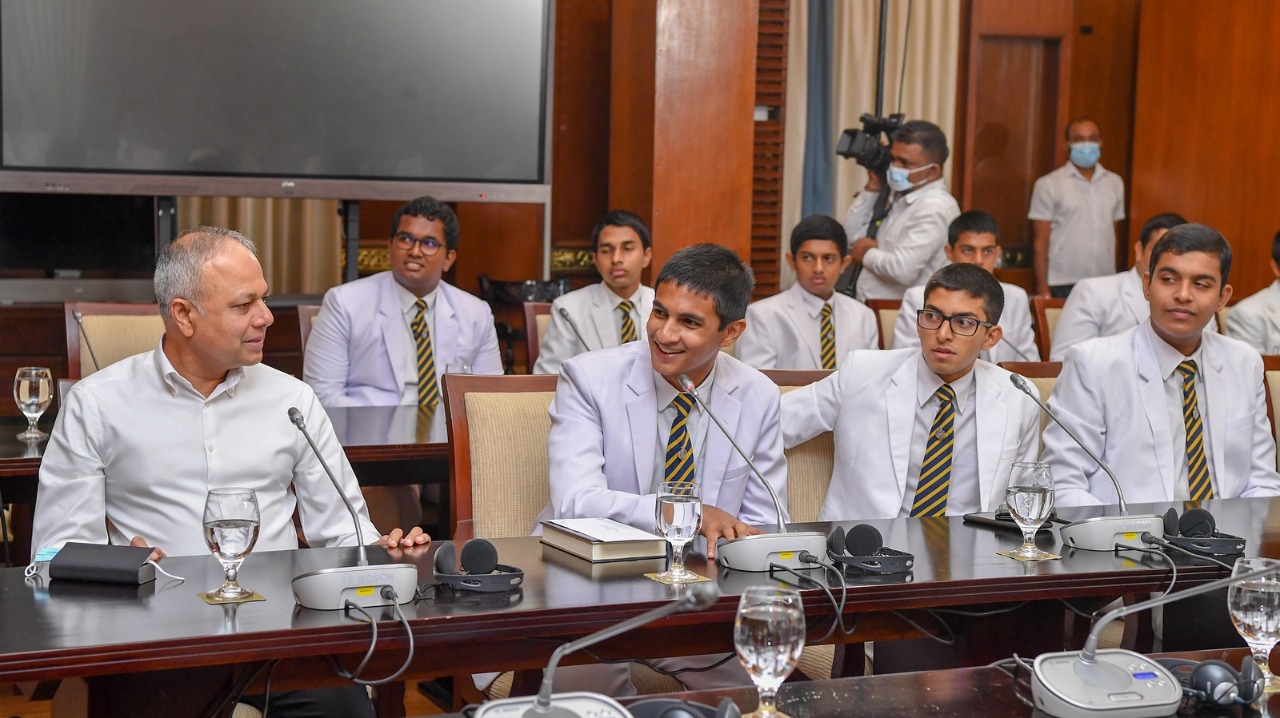 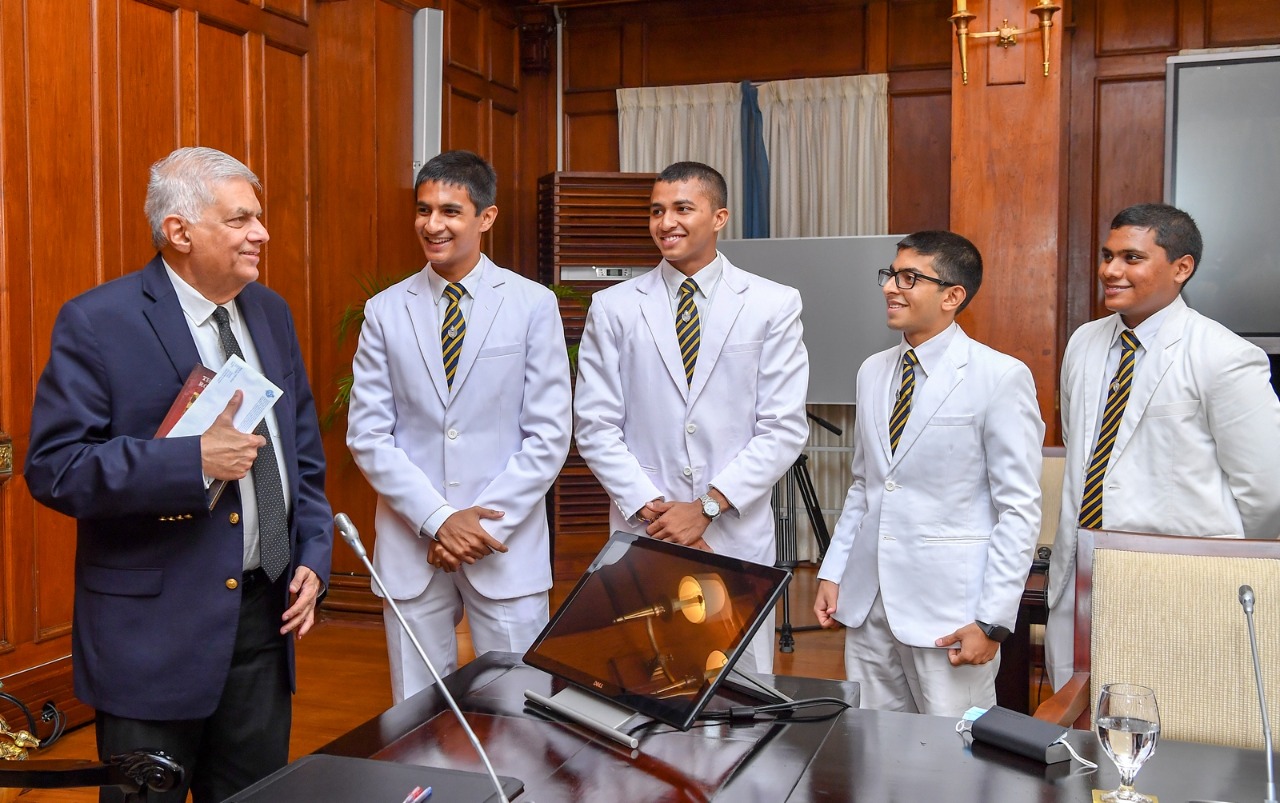 Sri Lanka has decided to increase the fuel quota allocated for Three-Wheelers.

The President's Media Division said that President Ranil Wickremesinghe has approved to double the fuel qouta for three-wheelers.

The first stage will be from the Western Province and the registration of three-wheelers will commence from the 1st of November 2022.

The PMD said that QR refueling on the increased fuel quota will commence from the 6th of November 2022, and the other provinces will follow in stages.

Scheduled power interruptions on Monday (Oct. 24) will not be imposed, the Public Utilities Commission of Sri Lanka (PUCSL) says.

The power supply was slated to be interrupted for one hour during daytime and one hour and 20 minutes at night on Oct. 24.

However, taking into account the Deepavali Festival falling on that day, the PUCSL had decided not to impose the power cuts.

The hike in the taxes imposed on casinos is in effect from the 1st of August 2022.

The State Finance Ministry in a statement said that the following amendments will be made to the Betting and Gaming Levy Tax Act No. 40 of 1988.

– Annual Tax on Betting Agents to be increased to Rs. 5 Million from Rs. 4 Million.

The State Finance Ministry announced that after imposing the above taxes, the said businesses will be taxed 40% of their profits.

In addition, a 75% will have to be imposed on a bottle of liquor.

An 85% tax will have to be imposed on one cigarette.

The UNP-affiliate Lanka Jathika Estate Workers Union is to have a new leader in Sagala Ratnayaka.

Incumbent Harin Fernando, a cabinet minister, has told the party’s management board that he wanted to step down.

A meeting of the board, chaired by president Ranil Wickremesinghe, accepted his resignation and decided to appoint Ratnayaka in his place.

Ratnayaka, who also plays a key role as chief-of-staff of the president and senior adviser on national security, will assume duties in the coming week following Fernando’s resignation.

As a result of several discussions between Tamil MPs and the President on several occasions, steps were taken to release these prisoners.

Before their release, a preliminary investigation had been carried out on them with the intervention of the Ministry of Defence on the instructions of the President.

The PMD said that this decision has been reached after consulting the Minister of Justice and through him the Attorney General about the consent report.

Three of the LTTE prisoners who were pardoned were those accused of attempting to assassinate former President Chandrika Bandaranaike Kumaratunga.

The PMD said before proceeding with the process of releasing these prisoners, the President’s Secretary Saman Ekanayake had sought the approval of former President Chandrika Bandaranaike Kumaratunga on the advice of the President, and the relevant arrangements were made after obtaining her consent.

Accordingly, the four detainees with connections to the LTTE organization who were detained at the Colombo Magazine Prison were released after their sentence was reduced.

The PMD added that another person who had been sentenced to 19 years in prison and had served 11 years of his sentence so far, was also among those who were pardoned by the President.

The 22nd Amendment to the Constitution was passed in Parliament with amendments by majority vote.

It will be added to the constitution of Sri Lanka as the 21st Amendment.

174 votes were cast in favor of the amendment during the third reading in Parliament, while no one voted against it.

However, during the second reading of the amendment 179 votes were cast in favor, and Dr. Sarath Weerasekera exercised his vote against it.

Notably, over 40 Members of Parliament were not present in the chamber when the vote was taken up.

Anyone who is a dual citizen will no longer be allowed to be a member of Parliament, and present dual-citizen MPs will also lose their seats.

In addition, the Opposition Leader will also have to consult when appointing civil society members to the constitutional council.