New Zealand referee Ben O'Keeffe has come under fire across the ditch after alleged footage emerged of him celebrating a Fijian try in their opening Rugby World Cup defeat to Australia.

Fiji took a shock 21-12 lead over Australia early in the second half in Saturday's Pool D game before the Wallabies came storming back to win 39-21.

O'Keeffe was in charge of the match, his first at a World Cup, and Australia publication Fox Sports claims the Kiwi 'committed the cardinal sin' by giving a low five to a Fijian player after their second try to Waisea Nayacalevu. 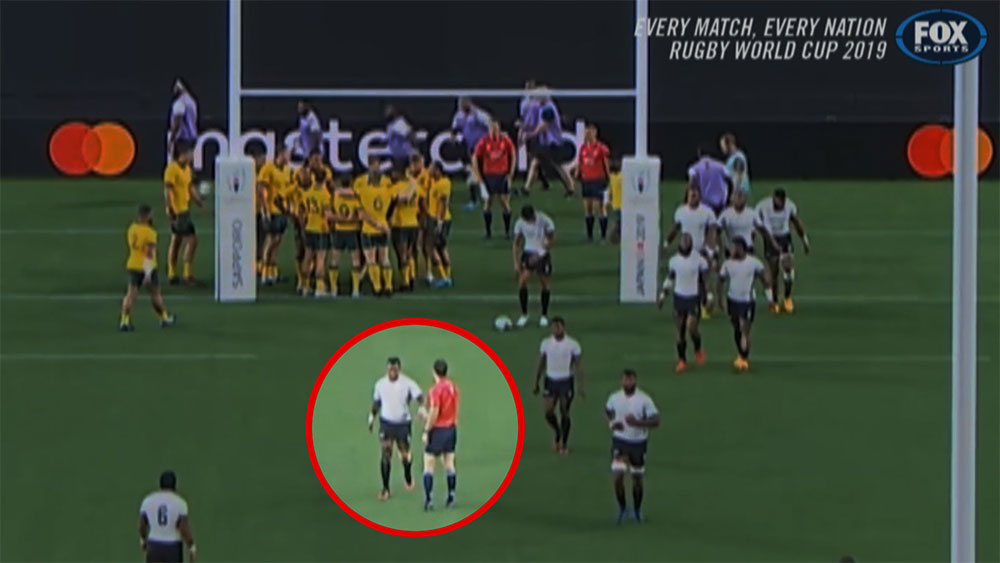 "Regardless of his intentions or the motivations behind the gesture, it just shouldn't happen," the Fox Sports story says.

After the game Michael Chieka seemed less than impressed with O'Keeffe when it came to a number of calls on flanker David Pocock. The Wallabies veteran was pinged three times at the breakdown.

"The stuff on the ground, I'm not quite sure what's going on but the team of three were talking about David Pocock from the first minute of the game," Cheika said.

"I'm not sure what (Pocock's) done but there was some severe focus on him.

"I heard his name mentioned between them on the commentary at least half a dozen times in their own chat when he hadn't even been involved in the ruck."