Following the successful first manned space flight by Yuri Gagarin on the 12th of April, 1961, earning the title of ‘First Cosmonaut’, he made his first visit to Sri Lanka (then Ceylon) a mere 8 months later on the 7th of December 1961. The year 2021 marks 60 years since this historic moment and the Russian House in Colombo jointly with the Sri Lanka Russia Friendship Society have organized a special Stamp and Photographic Exhibition to celebrate the 60th Anniversary of Yuri Gagarin’s Space Flight and Visit to Ceylon on the 6th, 7th and 8th of April, 2021, comprising over a thousand rare and original post stamps on the first manned space mission and space exploration which will be on display for the general public at the Russian House in Colombo.

The inauguration ceremony of the event will be held on the 6th of April, 2021 at the Russian House in Colombo with the presence of Dr. Seetha Arambepola, M. P., State Minister of Skills Development Vocational Education, Research and Innovation as the Chief Guest, Susil Premajayantha M. P., State Minister of Education Reforms, Open Universities and Distance Learning Promotion and President of the Sri Lanka Russia Friendship Society, Yuri Materiy, the Ambassador of the Russian Federation, and Dr. Saman Weerasinghe, Advisor to the Prime Minister of Sri Lanka and General Secretary of the Sri Lanka Russia Friendship Society.

The stamp exhibition part of the event has been organized in collaboration with Anura Samarawea, Philatelic Expert and Assistant Treasurer of the Philatelic Society of Sri Lanka. He is also a member of the International Association of Philatelic Journalists. He has been maintaining his ties with the Russian House in Colombo since younger days where he was a member of the Soviet Cultural House in the year 1973 while being the guitarist of the first musical group of the Soviet Cultural House.

In addition to the stamp exhibition, there will also be a photo exhibition pertaining to Yuri Gagarin’s Spaceflight and Visit to Ceylon.

These material were obtained from the Russian House archives as well as with the assistance of the Department of National Archives.

Adding more colour to the event, a special guest will be present to share her experience as ‘the girl who was chosen to garland Gagarin’ in 1961; Magilin Nona, a local hero of the country who is a living witness of that glorious day.

We invite all enthusiasts to join us in celebrating this momentous occasion as we will open the exhibition for the public from 10.00 a.m. to 5.00 p.m. on the 7th and 8th of April, 2021 to walk through this unique experience. 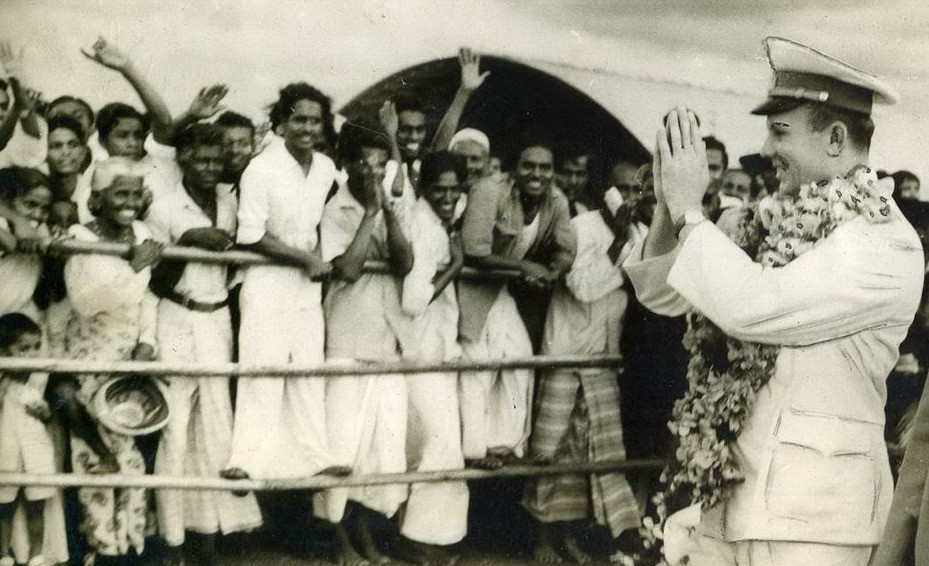 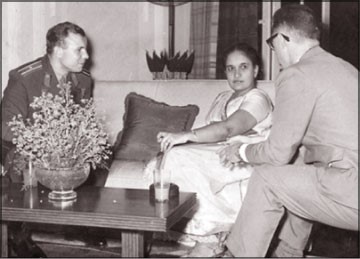