The estranged wife of the ruler of Dubai has asked an English court for a forced marriage protection order relating to their children and a non-molestation order after the breakdown of the marriage.

Princess Haya of Jordan, 45, appeared in the family court division of the high court, central London, on Tuesday, for a preliminary hearing.

A forced marriage protection order aims to protect a person who has been or is being forced into marriage. Non-molestation orders can protect against violence or harassment by a partner, ex-partner or family member. 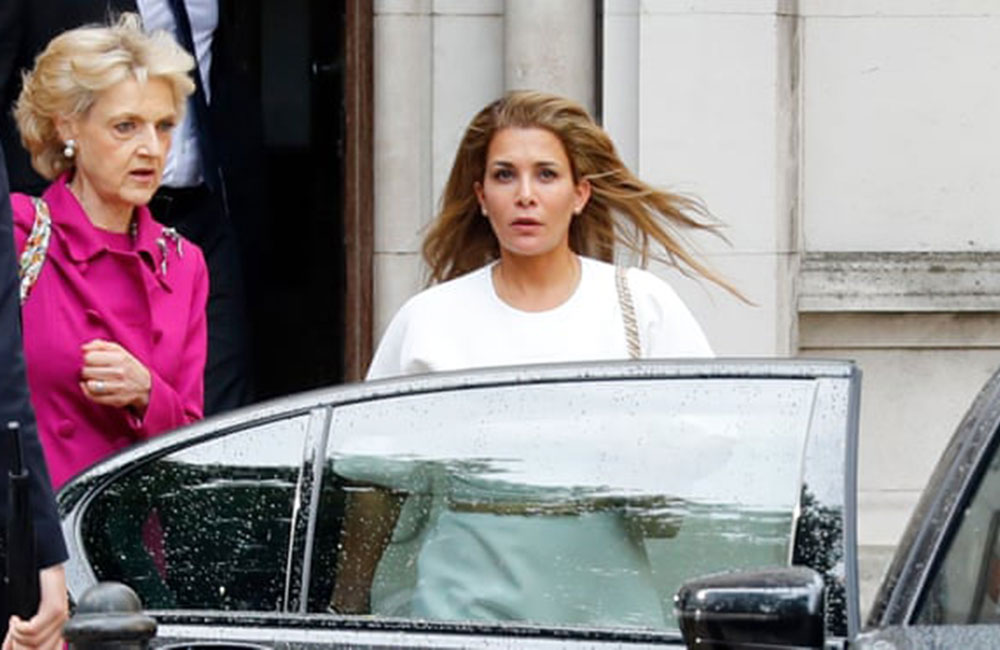 Sheikh Mohammed bin Rashid al-Maktoum, who did not appear at the hearing, is arguing in the same proceedings for the return of the couple’s two children to Dubai. Princess Haya has applied for wardship of the children.

The case is being heard by Andrew McFarlane, the president of the high court’s family division.

The bare facts of the applications sought by the disputing parties can be reported after the Guardian, with the support of other media organisations, challenged restrictions imposed on the case.

This month in a highly unusual move after extensive international publicity, the couple issued a statement saying the proceedings were “concerned with the welfare of the two children of their marriage and do not concern divorce or finances”.

Before the breakdown of their marriage, Sheikh Mohammed and Princess Haya had been described as a perfect couple and often appeared together at international social events. Princess Haya, the daughter of the late King Hussein of Jordan, is close to the British royal family and owns an £85m house near Kensington Palace. She married Sheikh Mohammed in 2004 and is his sixth wife.

Sheikh Mohammed, 70, is vice-president and prime minister of the United Arab Emirates as well as ruler of Dubai. The billionaire sheikh is also the founder of the successful Godolphin horse racing stable and last month received a trophy from the Queen after one of his horses won a race at Royal Ascot.

The princess was educated at private schools in the UK and studied philosophy, politics and economics at Oxford University. She has served on the International Olympic Committee and has been a goodwill ambassador for the United Nations world food programme.

The Emirati royal family has already been subjected to unwelcome publicity over the case of Princess Latifa, Sheikh Mohammed’s daughter. She allegedly escaped Dubai and was seized by commandos off the coast of India and returned to her home.

Emirati authorities rubbished allegations over Princess Latifa’s treatment and abduction as fiction, saying she was “vulnerable to exploitation” and had been kidnapped.

Mobitel & ‘CareerMe’ takes on the mantle of career guidance for students, teachers and parents