Sri Lanka’s Dinesh Priyantha won the first Gold Medal for Sri Lanka at the Tokyo Paralympics after he set a new World Record in the Men’s F46 Javelin Throw with a distance of 67.79m.

Sergeant Dinesh Priyantha Herath sustained injuries in enemy fire on 16 December 2008 when he was fighting against LTTE terrorists in Kilinochchi area.

He enlisted to the Army on 18 March 2004 as a recruit and completed basic training at Gajaba Regiment at Saliyapura. After his injuries, he actively took part in Army-organized Para Athletic training events at the GR Regimental HQ. 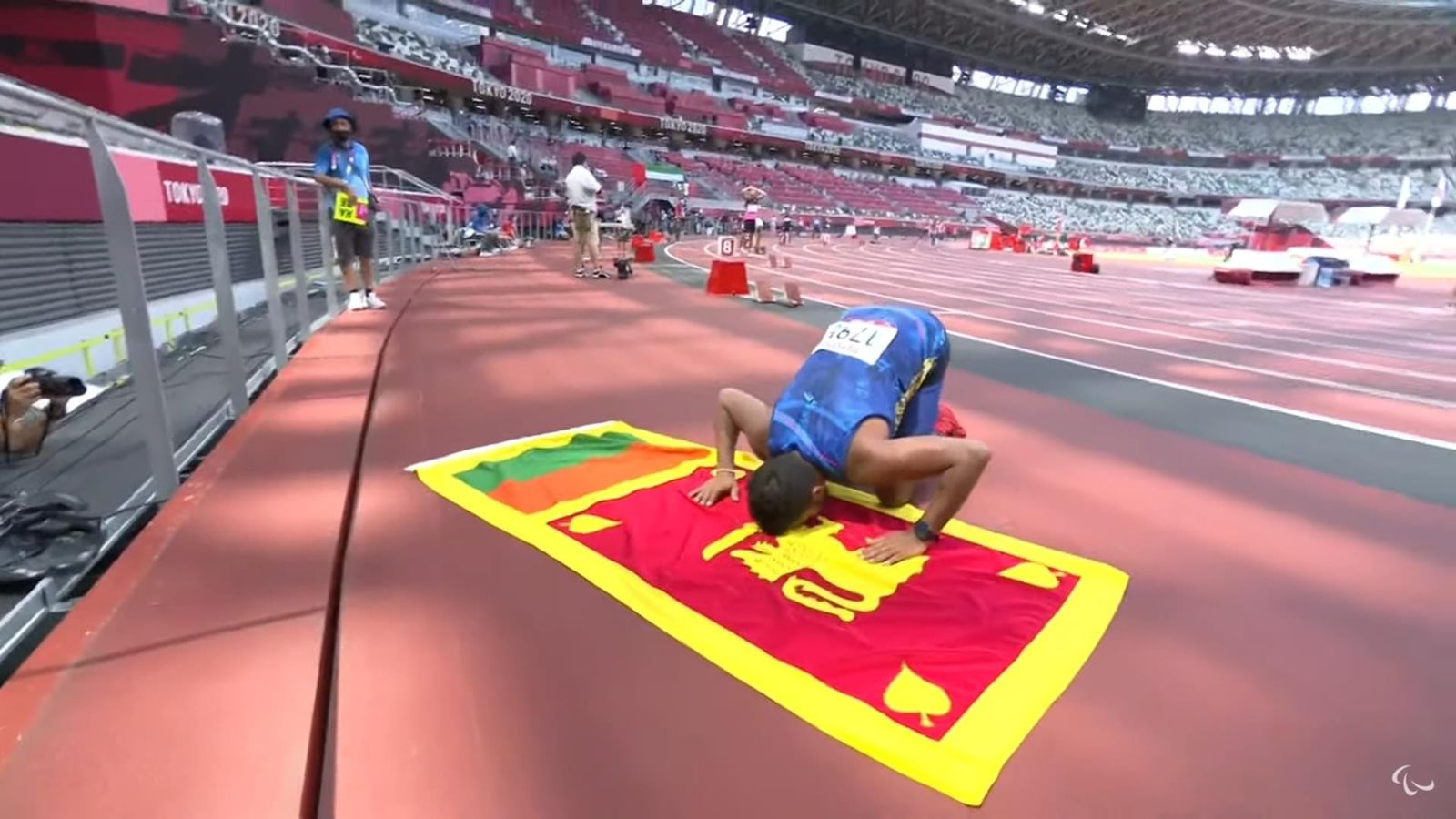