Sri Lanka’s investment promotion agency, the Board of Investment (BOI) is planning to set up a system for online approvals of investment proposals, its chief said.

“We are in the process of setting up effective virtual one-stop shop for investment approvals for which we are getting World Bank support,” BOI chairman Dumindra Ratnayaka said.

“It’s going to be totally web-based and virtual,” he told a forum on new initiatives by the BOI held by the investment promotion agency and Council for Business with Britain.

When the system is set up, an investor will be able to submit one application which goes through 24 line agencies which will process it and approve it unless it needs other approvals like environmental impact assessments.

“In the initial phase we are looking at a few agencies that will expand into 24,” Ratnayaka said. “The BOI will sign agreements with all 24 agencies.”

The new system is expected to come on line in the first half of 2018.

Each year, the Fraser Institute releases its Economic Freedom of the World Index, which ranks every country based upon the degree to which each country’s policies and institutions support economic freedom. Advocata Institute, an Atlas Network partner organization in Sri Lanka (most recently ranked 94th in the index), recently hosted an Economic Freedom Summit with the Fraser Institute to examine the country’s performance in the index and discuss how the country can improve its rankings through reforms. The summit was an opportunity for Advocata Institute to provide a comprehensive description of the current economic policies in Sri Lanka and to offer a prescription for reform to boost the economy. It also held an essay contest at the event, which brought in one hundred and twenty different essays in three different languages discussing economic reform in Sri Lanka.

“The quality of people at the audit, including CEOs, opinion leaders, government officials, the media, academics and so on, was exceptional,” said Fred McMahon, the Fraser Institute’s chair of economic research. “[It started with a] speech from Eran Wickramaratne, [Sri Lanka’s] state minister of finance. The organization was excellent, every breakout session had a highly competent chair and a dedicated secretary, laying the foundation for an excellent follow-up report. This, I believe could become a significant roadmap for moving Sri Lanka forward. But it wasn’t just the audit. Advocata Institute organized impressive side events in both English and [Sinhalese] to get the message out to the public—including a highly effective essay contest. It was marvelous to see how many students attended, [proud of] their work.”

During the summit, Advocata Institute released a reform action plan for Sri Lanka. This document, compiled by Advocata Institute’s staff and commissioned economists, was released in English, Sinhalese, and Tamil to reach the entire population. The purpose of this action plan is to bring the summit’s participants face-to-face with their nation’s economic performance and show them the path to prosperity and opportunity through economic freedom. Advocata Institute wants to instill a sense of ownership of reform in Sri Lankans, encouraging them to advocate for the policies that will advance their society.

The summit received a tremendous amount of press coverage, sparking a national debate on immigration of skilled labor and taxi regulation 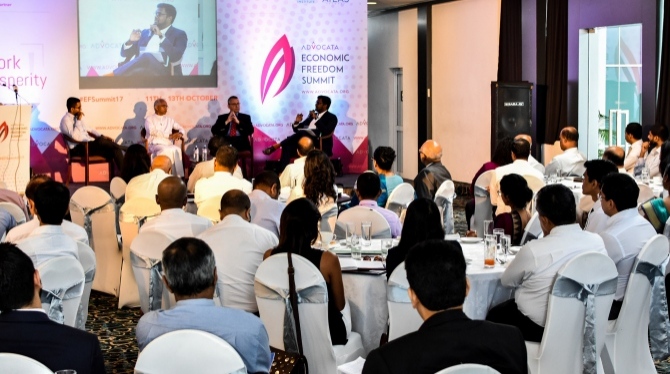 Sri Lanka today formally handed over the southern sea port of Hambantota to China on a 99-year lease.

Prime Minister Ranil Wickremesinghe during a visit to China in April had agreed to swap equity in Chinese infrastructure projects launched by former president Mahinda Rajapaksa in his home district.

"With this agreement we have started to pay back the loans. Hambantota will be converted to a major port in the Indian Ocean," Wickremesinghe said while addressing the handing over ceremony held in parliament.

"There will be an economic zone and industrialization in the area which will lead to economic development and promote tourism," the Prime Minister said. 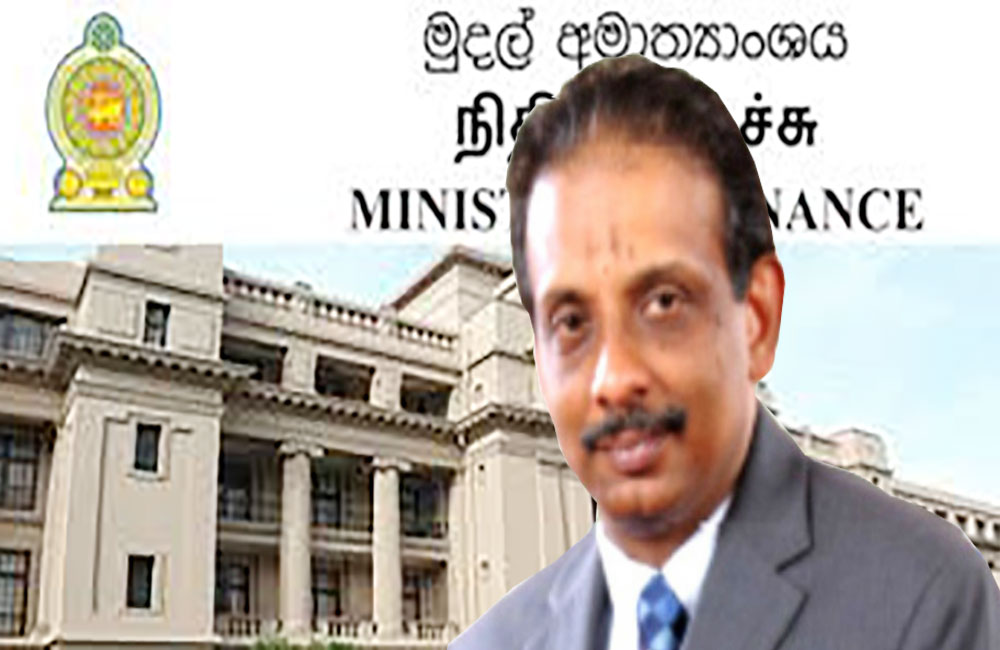