The world’s leading political risk consultancy and forecasting firm, Eurasia Group, predicated that underdog Sajith Premadasa is now leading in Sri Lanka’s presidential poll. Eurasia Group also successfully predicated the 2015 election and is a key source of information for the foreign ministries of many countries.

The prediction is based on the analysis that minority parties have chosen to back Sajith Premadasa creating a very wide coalition. It also notes that the Premadasa campaign has run a strong and vigorous campaign in the last weeks, over-shadowing his opponent. Since the momentum is with him, the lead is expected to widen over the course of the cooling off period.

Following the publication of this report, sources suggest that some key diplomatic missions in Colombo have been instructed by their headquarters to shift their tacit support away from Gotabaya Rajapaksa to Sajith Premadasa.

Gotabaya Rajapaksa’s media team declined to comment on the report. 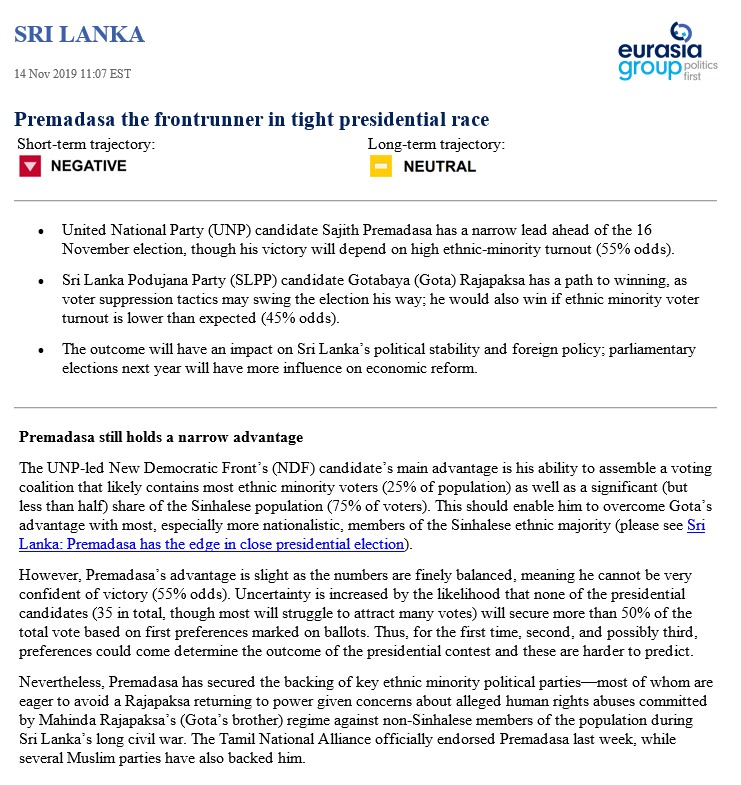 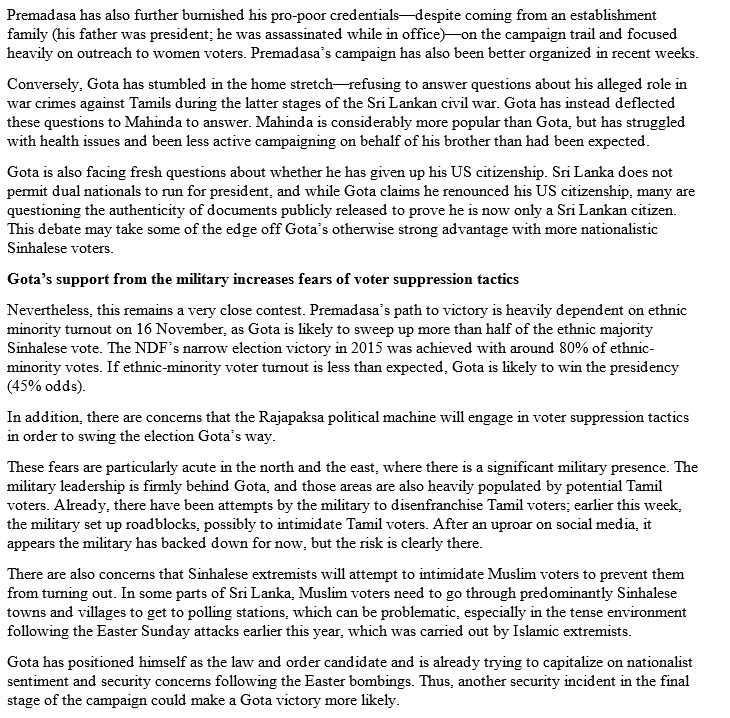 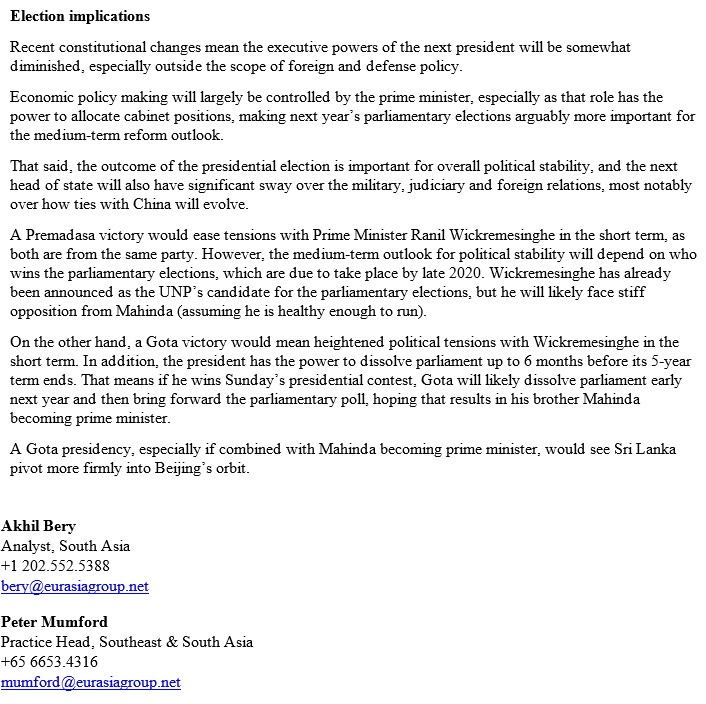 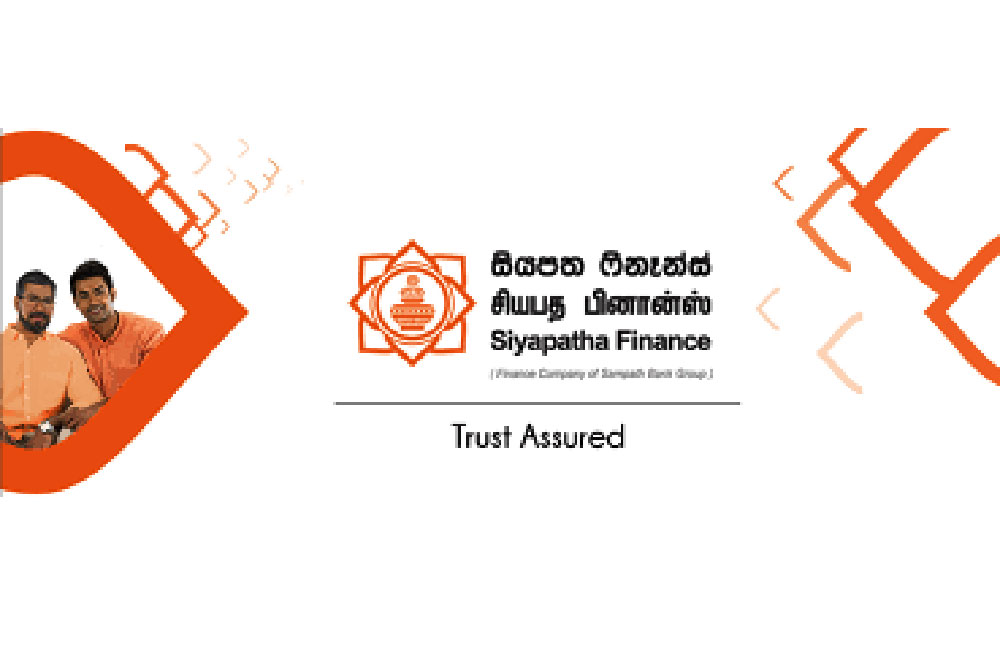 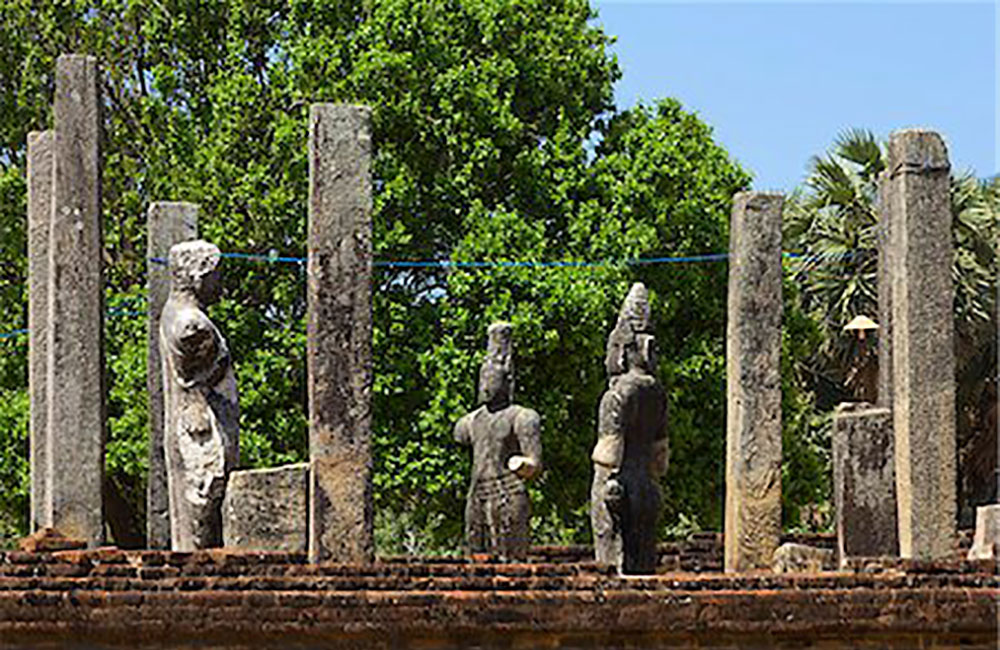