The National Transport Commission (NTC) has released the list of revised bus fares that will come into effect from January 05, 2022.

Accordingly, the revised fares for travel on Sri Lanka Transport Board (SLTB) buses and private passenger buses operating under route permits are as follows: 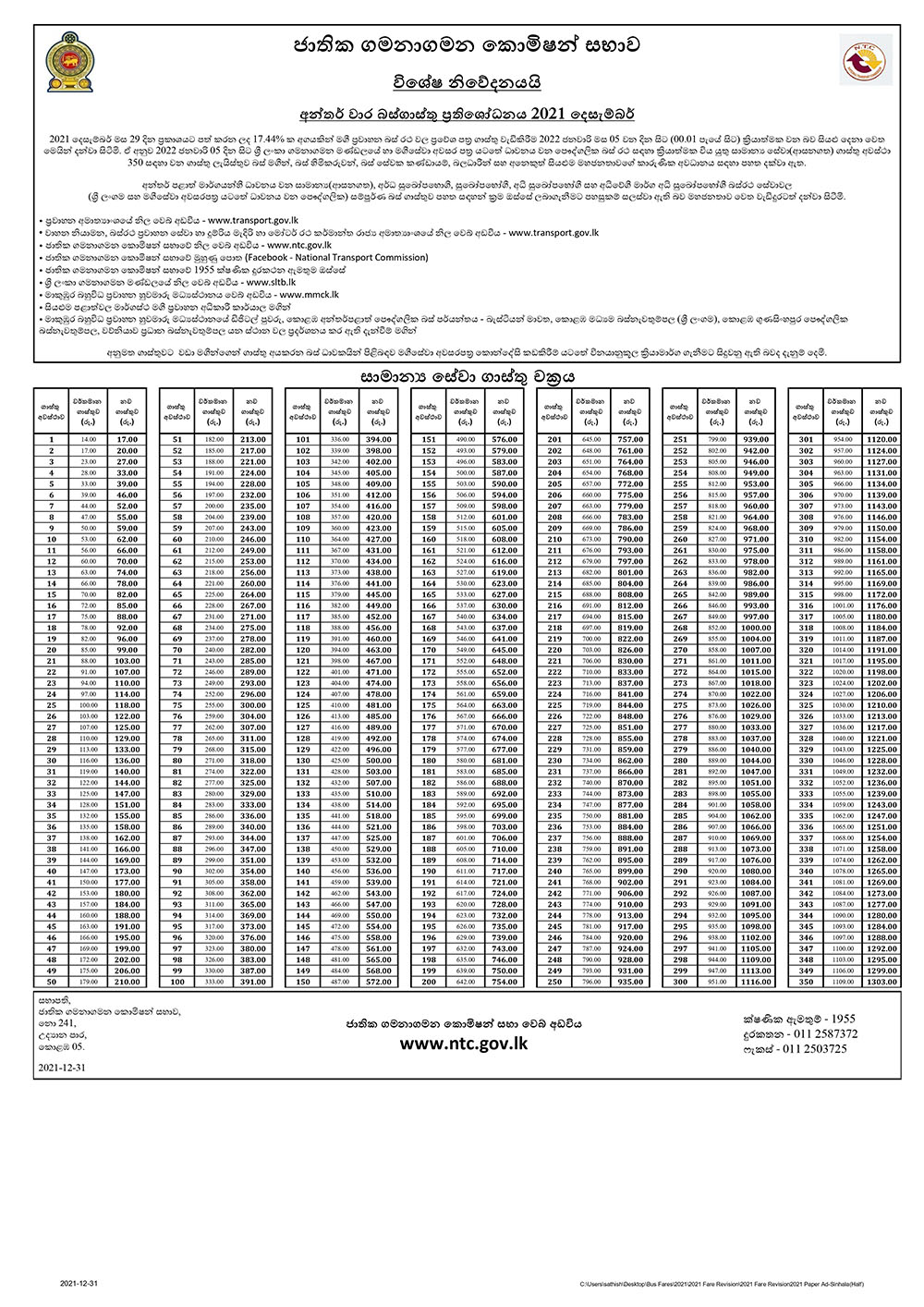