Just before being hauled off to jail, the seemingly untouchable firebrand monk – clad in a brilliant saffron robe – wanted to get in the last word.

“I have done my duty towards the country,” Galagoda Aththe Gnanasara told reporters early this month as he boarded a prison transport vehicle shortly after his sentencing in a Colombo courtroom. “Why should I regret?”

While the controversial monk expressed no remorse, his many critics were cautiously hopeful that his internment showed Buddhist extremists were no longer untouchable in a country where hatred is easily sparked in the tinder dry jungle that is Sri Lanka’s combustible religious make-up. The monk Gnanasara, head of the so-called Buddhist Power Force, was sentenced to six-months in jail for threatening the wife of a missing journalist, a surprise decision in a country where Buddhist extremists are not often brought to justice.
“That government prosecutors supported a custodial sentence is also positive and noteworthy, as Sri Lankan governments have been reluctant to prosecute militant monks, even when there has been strong evidence of their involvement in crimes,” said Said Alan Keenan, a Sri Lankan specialist at the Project Crisis Group in London. 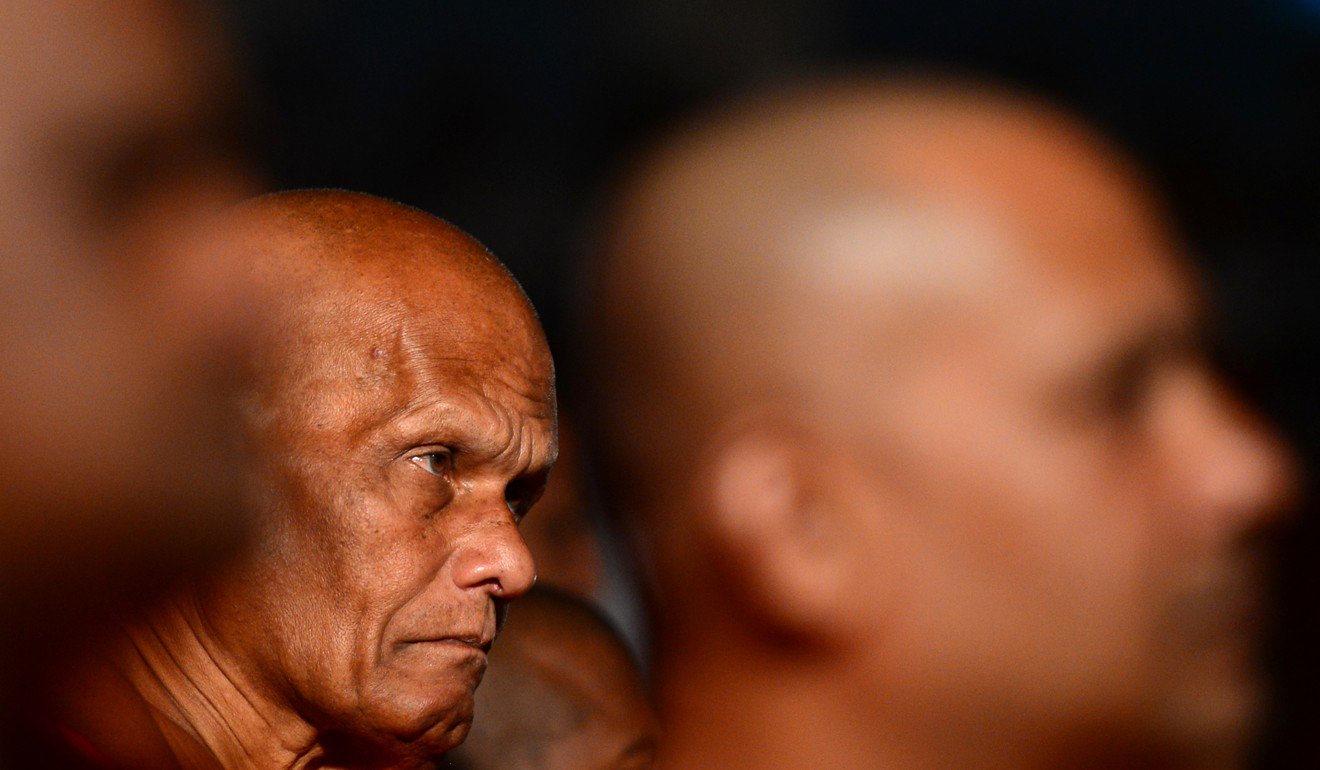 In this case the monk was not convicted of a crime involving inciting religious violence, an accusation that has dogged him and his organisation, known locally as the Bodu Bala Sena, or BBS, for years. The monk was instead brought down by the acrimonious hangover from the civil war that ended in 2009.

Some believe the conviction of the monk reaffirms the independence of the judiciary, which comes just months after Sinhalese mobs, urged on by Buddhist monks, attacked mosques and shops owned by Muslims in the central city of Kandy. An island-wide state of emergency was imposed, and restrictions were slapped on Facebook and other social  media to cap the violence. Monk Gnanasara was accused of whipping up anti-Muslim sentiment when he attended the funeral of a Sinhalese truck driver who died after being attacked by a group of Muslim men in a road rage incident.

Muslims make up only 10 per cent of the country’s population and historically the biggest ethnic fault line has been between the Sinhalese Buddhists, with 70 per cent majority, and Tamils, who are often Hindu, which constitute around 13 per cent of the population. 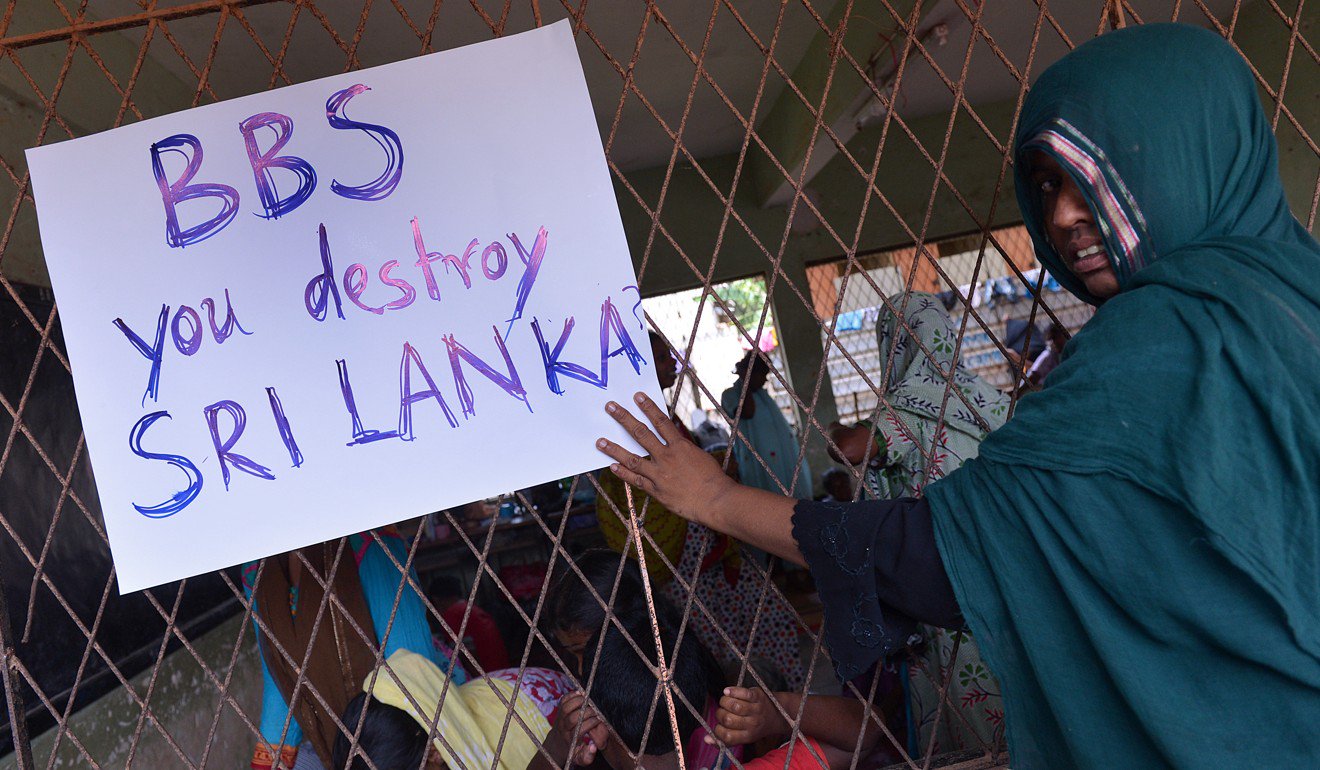 The Sri Lankan army, after a brutal war lasting more than a quarter of a century, crushed the Liberation Tigers of Tamil Eelam in 2009 who were fighting for an independent Tamil homeland in the north.

President Mahinda Rajapaksa’s government of the day was often accused of stoking a sense of triumphalism after the war, which encouraged the rise of militant Sinhalese Buddhist nationalism. But in 2015, President Maithripala Sirisena took power on promises to reinforce the judiciary, fight corruption and investigate war crimes, sparking hopes of reconciliation among the ethnic factions.

A prominent newspaper columnist, Tisaranee Gunasekara, said the case of Monk Gnanasara “reveals the degree of progress made since January 2015 as well as its limitations”. 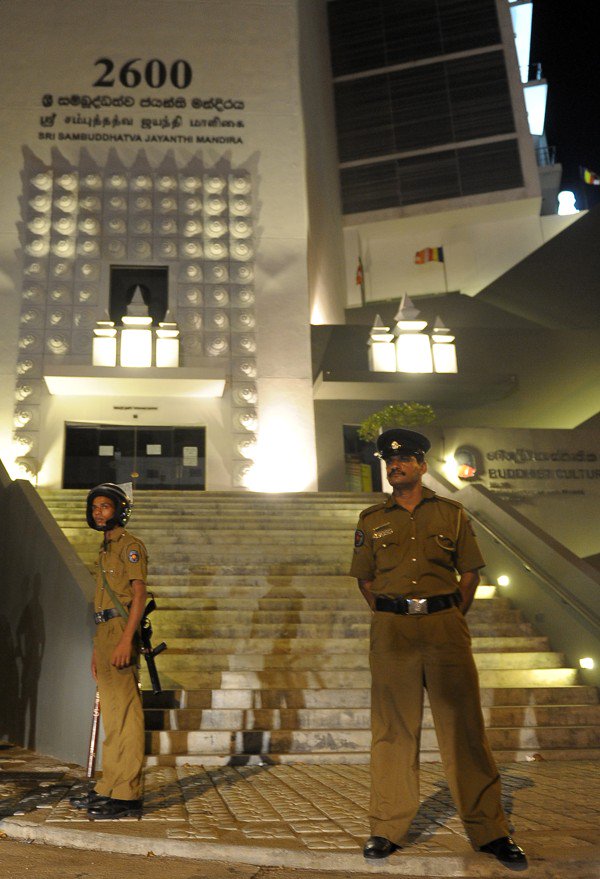 She noted in a column in the Sri Lankan Guardian that the monk was not being held responsible for the March riots, nor for an incendiary speech in 2014 that critics blamed for inciting Sinhalese Buddhists to attack Muslims and their property in southwestern parts of the country, leaving at least four dead and 80 injured.

“Though elected to challenge extremism of every variety, the government’s preferred policy is a cross between appeasement and acting the ostrich,” the columnist Gunasekara wrote of the current government.

Keenan at the Project Crisis Group said Gnanasara and other radical monks faced a variety of charges involving hate speech, intimidation and incitement to violence against Muslims.

“But the cases have made little progress and there is no sign the government is willing to prosecute,” said Keenan. “As long as it hesitates to tackle the problem, the risks of more and possibly more serious violence will remain.