KFC in Sri Lanka has come under fire after a customer posted a video on social media this week of an exchange between him and the branch manager of a KFC outlet regarding the quality of the meal served to him. According to the customer, the meat despite cooked on the outside was found to be raw. He also accused the store manager of speaking to him in an inappropriate manner. The incident is reported to have taken place at the KFC Kottawa outlet.

However, releasing a statement today KFC Sri Lanka claimed that the chicken served is cooked in an automated cooking system and that it appeared to its staff members that it was cooked to requisite standards. The statement also said it regretted that its staff were treated in a derogatory manner.

Opinion on social media has been divided with some accusing KFC of providing low-quality meals while others accused the customer of behaving in a rude manner. 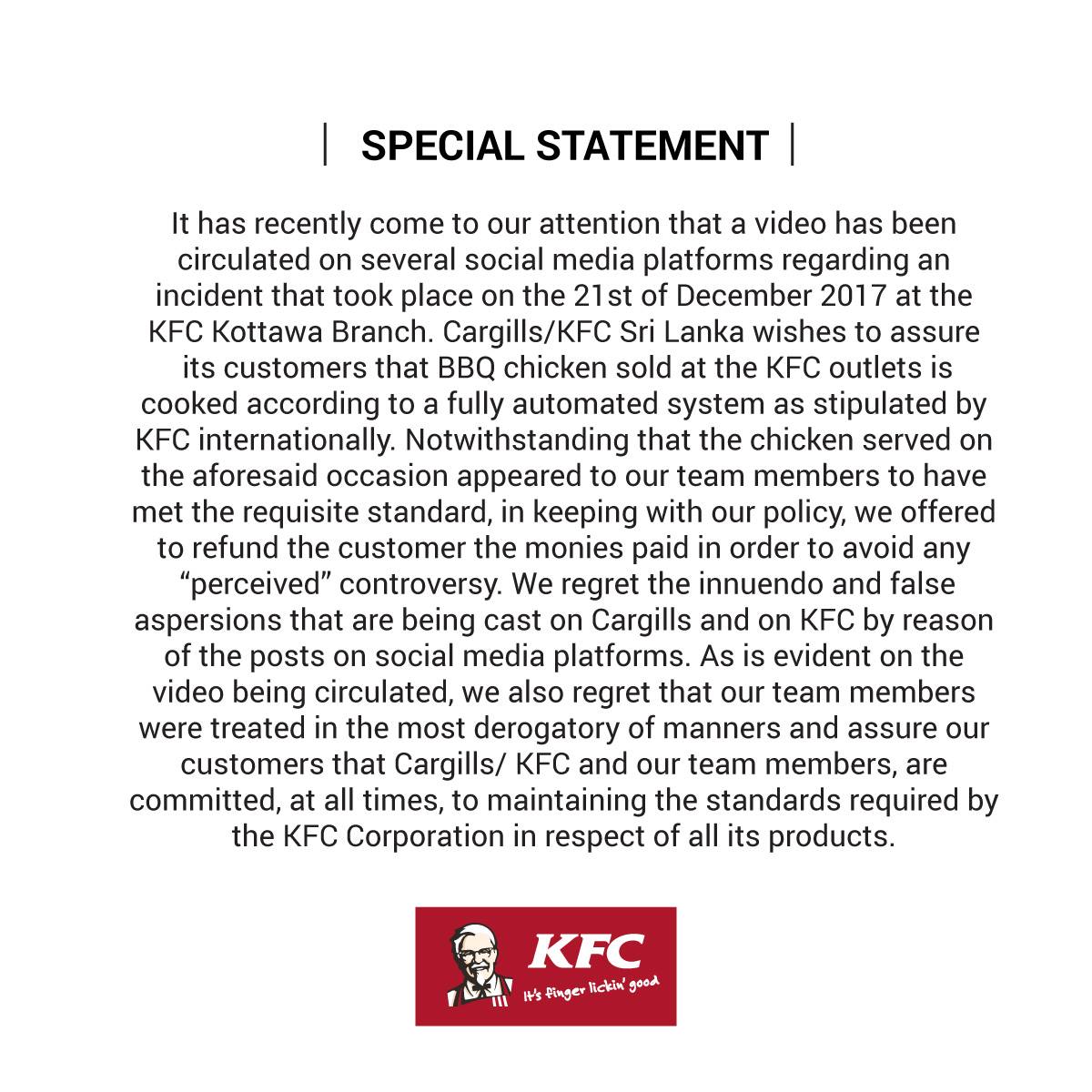