While the ongoing attempt by the US to renegotiate the Status of Forces Agreement (SOFA) has run into fierce opposition, the gift of a 2,300-tonne warship by Beijing to Colombo in early July this year has been warmly welcomed by Sri Lanka’s authorities. The commander of the Sri Lankan Navy, Vice Admiral Piyal De Silva, thanked China for the frigate and proclaimed it to be a sign of the good friendship between the two countries. According to China’s mission in Colombo, 110 Sri Lankan Navy personnel spent two months in Shanghai being trained how to operate the ship.

Later the same month, Reuters reported that Chinese President Xi Jinping offered Sri Lanka a fresh grant of 2 billion yuan ($295 million), a clear indication that Beijing is looking to further expand its influence over Colombo. Surprisingly, this has not caused any outcry, although it is well known that Beijing, through an adroit combination of grants, bribes and “debt trap diplomacy,” has successfully encroached on Sri Lanka’s sovereignty. Instead, Sri Lanka’s nationalists, (a eupemism that best describes Sinhala nationalists) consider themselves indebted to China for helping crush the 30-year old Tamil rebellion. It is a matter of fact that if not for the help of the Chinese, who, in addition to their military aid, gave the Sri Lankan government diplomatic cover at the UN Security Council, Colombo could not have won the long-running civil war.

As a consequence, Sri Lanka’s nationalists are grateful to China for its enormous help in bringing to an end what was widely regarded as an “unwinnable war,” and are unable to regard Chinese actions as inimical to Sri Lanka’s interests or impinge on Sri Lanka’s sovereignty. This, despite Sri Lanka having been forced to lease out Hambantota port in the south for a period of 99 years (to be managed and operated by Chinese state-owned China Merchants Ports Holdings) and China openly seeking to derail the Sri Lankan government’s agreement with Japan and India for the development of the Easter Container Terminal (ECT).

Instead, Sri Lanka’s nationalists are inclined to look upon Washington’s outright grant of $480 million over a five -year period in conjunction with the renegotiation of the SOFA agreement and negotiations for the Acquisition and Cross Servicing Agreement (ACSA) as the country becoming “one of the territories of the USA, if not its 51st State.” Unfortunately, such hysterical and outrageous hyperbole appear to be typical of Sri Lanka’s nationalists.

The explanation for this apparent irrational loyalty to China is attributable to the well-established premise that Sri Lanka’s Sinhala nationalists are a “majority with a minority complex.” As such they entertain the fear that the Tamils of Sri Lanka, with the support of the huge Tamil population across the Palk Straits in the southern Indian state of Tamil Nadu, may prove to be a threat to their own independence or even cause the Tamil homeland in the northeast to be annexed by India.

Hence, the blind, unthinking loyalty to China by Sri Lankan nationalists in whose view China was not only the only country that had helped them beat Sri Lanka’s Tamils into submission, but also the country that has the military and diplomatic might to counter India should it prove to be a threat.

Sinhala nationalists, that is, the overwhelming majority within the Sinhala population, fear India because they believe that on the long term, New Delhi, either due to pressure from the southern Indian state of Tamil Nadu, which is angered by Sri Lanka’s ongoing mistreatment of their vanquished fellow Tamils, or to gain access to Sri Lanka’s port of Trincomalee, which New Delhi is known to covet, may directly intervene. 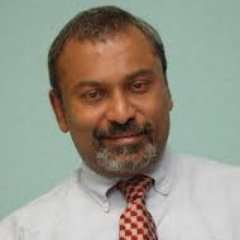