THE ABHIMANI QUEER FILM FESTIVAL will be launched today (17) at the Lighthouse at the Lakshman Kadirgamar Institute (LKI), 24 Horton Place, Colombo 07. The festival is scheduled to take place from the 17th to the 20th of this month.

Formally known as "Celluloid Rainbows", Abhimani is the only International LGBTIQ film festival in Sri Lanka and the oldest LGBTIQ Film Festival in South Asia.

It is held each year in conjunction with Colombo PRIDE and presents a collection of Queer short and feature length films from countries around the globe.

This year's festival will feature films from not just the Asian Region, but also from Europe and Australia.

Screening will start at 6 pm today at the Lighthouse at LKI. 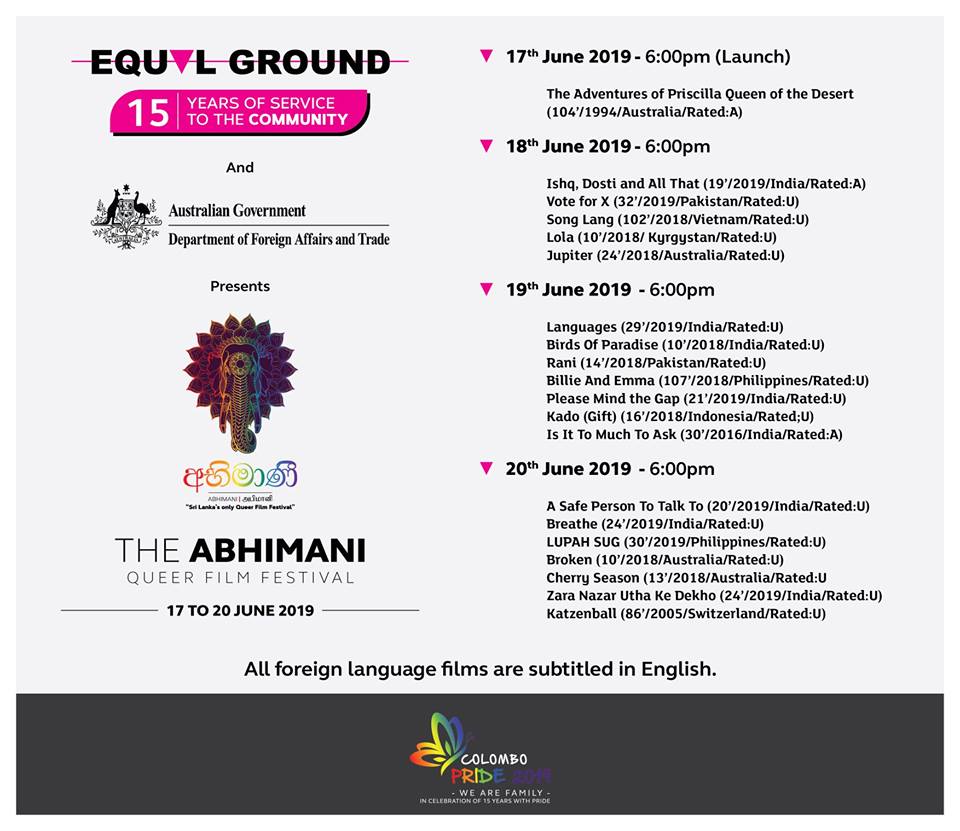