President of the Avant-Garde Maritime Services Nissanka Senadhipathi claims a project which would have brought USD 800 Million to the country while generating a large amount of jobs was lost simply due to the opportunistic decisions taken by the Ministry of Defence.

According to him, the Presidential Commission of Inquiry that looked into the Avant-Garde issue found the organization to be beneficial to the national economy as well as being able to generate a large number of employment opportunities.

Senadhipathi made these claims in an interview held with the Voice Tube website. Please find the link to the video below.


According to him, Avant-Garde is one of the three leading companies that engages in Martime Security Services in world and is only second to the renowned American privtate military company, Blackwater.  Senadhipathi pointed out that it is unfortunate that the government has resorted to taking revenge on a company that could compete with the leading private security firm in the world and help to increase the inlow of foreign exchange to the country. Furthermore, he underscored that it was the misfortune of all the employees that were under contract, with the vast majority having served in the defence sector and in the Sri Lankan armed forces previously.

Mentioning the report of the Presidential ICommission of Inquiry into Avant-Garde, he said that despite the company being proven innocent, political revenge and haughtiness have caused the country to lose out. 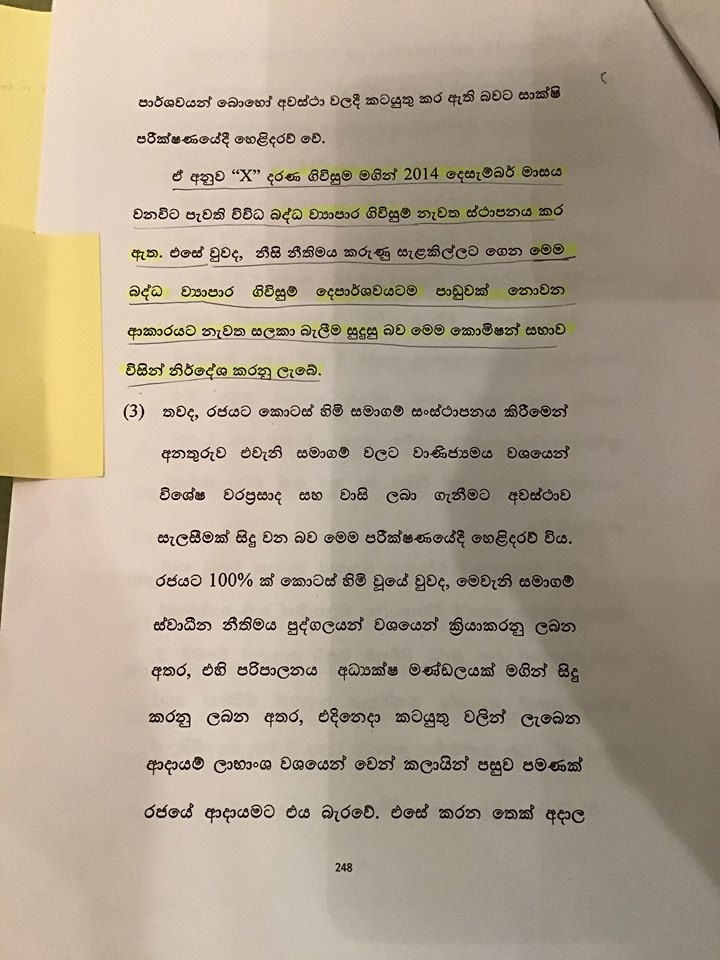 He said the country could have earned around USD 800 and the Ministry of Defence had to merely give a 'No Objection' letter with regard to the project and the government need not have spent a single dime on it.

Ministry of Defence all quiet!

However, he said that after presenting a letter with the project report and explaining the situation, he is yet to hear from the Ministry. “We tried to get in touch with several of those who are responsible but it was to no avail” he added.

Nissanka gets calls from two Ministers!

Meanwhile, Senadhipathi said that even though he hadn't received a response from the MoD,  two top ministers from the government had called him to find out more information regarding the project after seeing various news that were circulating widely on social media.

Accoridng to him, both ministers had claimed that the project would help to bring economic stability to the country if implemented. Nissanka said that he explained to the ministers that all he needed was support from the Ministry of Defence in the form of a 'No Objection' letter and at least part of the project could still be salvaged if the necessary help from the relevant government agency could be expedited.

He also claimed that in 2015, he brought a project worth 1 Billion USD from the Nigerian government. Even though the minister allowed him to sign the agreement, he did not support Avant-Garde during the execution phase of the project thereby causing the country to lose a staggering amount of foreign exchange.

Government continues to hold our warships!

When questioned if the company has any connection to the government now, Nissanka revealed that even today, a floating armoury of the company in the Red Sea is holding over 800 weapons of the Sri Lankan government.

Nissanka in his interview also warns that Sri Lanka would become an economic failure such as Greece if it hopes to uplift the economy through traditional exports such as tea and rubber.  As a country that defeated terrorism, it should create a market and sell the ‘Art of War’, he opines.

According to him, Avant-Garde Maritime Services is highly equipped to bring in major profits to the country. However, the company is being prevented as they did not give any financial aid for the election campaigns. He also added that the government has prevented the truth regarding Avant-Gardethe company and its innocence from being revealed to the people.

He also says that false allegations have been levelled against him in an attempt to jail him but no one is investigating as to how the Navy had managed to accrue losses on the same deals that were very much profitable when Avat-Garde was operating.

He also accused the likes of current CDS, Ravi Wijegunawardena, of taking commissions and bribes from foreign parties at the time and running the business in to the ground.

“It is shameful to call him an Admiral” he said in the interview.

Nissanka also challenged the government to show whether they are able to bring even a small percentage of the dollars that were brought in during his time compared with the amount that was brought in after it was taken over by the Navy.